How election outcome could impact US environmental justice 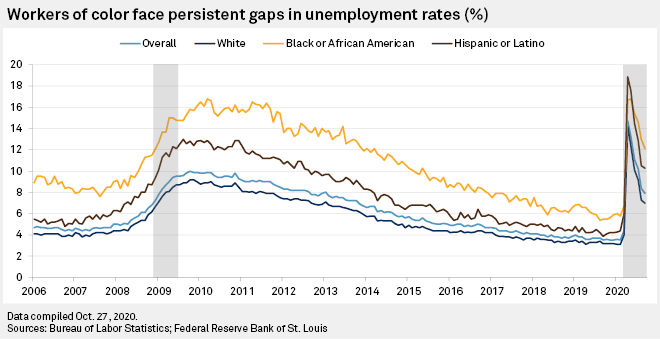 Some legal experts say the outcome of the U.S. elections will determine whether the Labor Department rule ultimately goes into effect. In this week’s newsletter, we also examine how election results could impact the U.S. energy transition, environmental justice policies and the central bank’s approach to longstanding racial disparities in the U.S. economy. Our Chart of the Week shows how workers of color face persistently higher unemployment rates.

“It continues to be striking that they did this in the face of overwhelming opposition from investors,” said Jonas Kron, chief advocacy officer at sustainable investment firm Trillium Asset Management.

Kron was referring to a controversial rule that the U.S. Department of Labor finalized last week that says fiduciaries working on retirement plans that fall within the scope of the Employee Retirement Income Security Act of 1974, or ERISA, must now consider investments based purely on financial risks and returns.

The Labor Department acknowledged that certain environmental, social and governance issues such as climate change and poor corporate governance can create “an economic business risk or opportunity” to companies and their investors. But like many ESG skeptics, the Labor Department raised concerns about whether an ERISA plan fiduciary could be swayed by the rising momentum behind ESG to pick investments that carry higher fees with worse returns, ultimately hurting beneficiaries. While the agency did not flatly ban fiduciaries from selecting ESG funds, advisers will face a higher hurdle based on an ESG product’s financial performance and risks to justify picking it over a traditional fund. 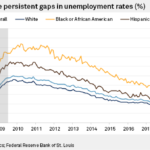 The outcome of the Nov. 3 elections could cause major U.S. oil and gas companies to reevaluate their role in the energy transition and increase their carbon-reduction efforts, according to some industry observers. Climate change poses an “existential risk to the industry,” and some major oil companies are beginning to reposition themselves to ensure they remain sustainable and profitable once oil is no longer their main product, according to John Thieroff, senior analyst with Moody’s Investors Service.

Fed’s focus on racial inequalities could sharpen under Dem sweep

Manufacturers turn to low-carbon aluminum as they seek emissions cuts

2020-11-05
Previous Post: The Art of Detecting Unethical Behavior in Time
Next Post: Investors from UK added to xklude.com