This report tells five stories of how companies based in the EU are implicated in human rights violations and environmental destruction across the world, from South America to sub-Saharan Africa to Southeast Asia.

The cases in this report underline why the EU should urgently bring in mandatory human rights and environmental due diligence (mHREDD), and that such a law must make transnational EU companies liable for the harms committed by their subsidiaries and in their global value chains, and that victims of corporate abuse have access to courts in the home countries of these companies.

From bulldozed homes in Brazil, poisoned villages in Nigeria, stolen land in Mozambique, destroyed fisheries in Indonesia and intimidation and violence in Sierra Leone, these are stories of injustices inflicted on communities in the Global South who have very little power to take on big transnational corporations from the North.

To do this, we analysed our cases to see what they could tell us about how the current international legal order works for companies and doesn’t work for victims. One thing jumps out in several of the cases: how big companies often use corporate law to shield themselves from responsibility or ‘liability’ for harms they caused or contributed to. They create complex corporate structures to artificially separate the rich parent company in the EU from the subsidiary that carries out the company’s activities in other parts of the world.

This creates a system where, when victims try to bring a case against an EU transnational – like Royal Dutch Shell or the French company Total – they are often blocked from suing them directly in the home country of that transnational. They are forced instead to deal with a subsidiary – who may not have the resources to offer them remedy – and have to go to court in the country of that subsidiary, where they often can’t get a fair trial.

Victims are denied justice from rich EU companies, even though these companies are the ones who take the profits from their subsidiaries and who have the power, resources and means necessary to provide remedy, and are often the ones designing the human rights and sustainability policies for their global subsidiaries.

On top of this, there are other EU legal rules that currently make it hard for victims to get justice. Our stories highlight how rules on where a lawsuit can be brought against a company, or which country’s law can be applied in a case, are not set up to give victims around the world the best shot at successfully bringing cases against EU companies. 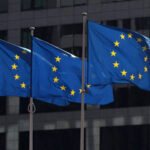 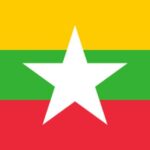