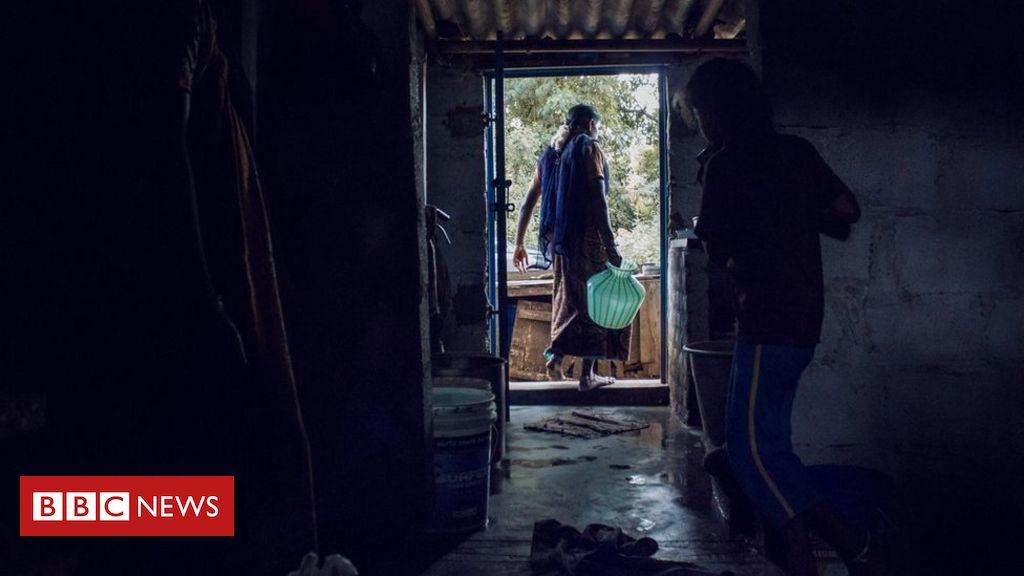 Indian workers in factories supplying the supermarket chains Marks and Spencer, Tesco and Sainsbury’s, and the fashion brand Ralph Lauren, told the BBC they are being subjected to exploitative conditions.

Women working at a Ralph Lauren supplier said they had been forced to stay overnight to complete orders, sometimes requiring them to sleep on the factory floor.

“We’re made to work continuously, often through the night, sleeping at 3am then waking up by 5am for another full day,” one woman said in an interview. “Our bosses don’t care. They’re only bothered about production,” she said.

Workers at the supermarket supplier said they had been made to endure conditions which would be unacceptable for staff employed by the same brands in the UK.

She said a manager would sometimes stand behind staff in the canteen and blow a whistle to send them back to work.

Another employee said staff were forced to work overtime and prevented from going home until extra work was finished.

“They’ve increased our workload. We’re forced to stay late to finish it – or they yell at us and threaten to fire us. We’re scared as we don’t want to lose our jobs.”

The four brands supplied by the factories we investigated all said they were concerned about the allegations put to them by the BBC and would investigate.

The women working at these garment factories all live in poverty in a rural area of South India. The charity Action Aid, which supports more than 1,200 female garment workers across 45 villages in this specific region, told the BBC that forced overtime, verbal abuse and poor working conditions were routine at the factories in question.

Allegations such as these are not confined to the garment industry. Low wages and weak labour laws have long made India an attractive place for foreign brands looking to outsource work. Unions are rare and virtually absent in the private sector, making informal and contract workers especially vulnerable. While inspections are mandatory, rampant corruption and a sluggish system has meant that factories are rarely held to account for breaking the law.

The garment industry draws more attention because it’s driven by exports and counts some of the world’s biggest brands as among its clients. India is the world’s second-largest manufacturer and exporter of garments after China. India’s garment makers directly employ about 12.9 million people in factories and millions more outside, including their own homes, according to a 2019 report that investigated working conditions in the sector.

Several women who spoke to the BBC described a climate of fear at the factory supplying Ralph Lauren. They said managers did not give them notice to work additional hours, instead threatening them with the sack if they were unable to stay on.

“The supervisor always shouts at us,” one woman said. “If we make any error in stitching, I’ll be taken to the master who is very scary. The master will start swearing and shouting at us. It’s a terrifying experience”

Another woman, a widow who supports her family financially, said: “They ask us to work so late I can’t even feed my children at night. They shouldn’t treat us like slaves, they should give us respect,” she said.

The claims appear to violate India’s Factories Act, which states that no worker should exceed more than 48 hours a week (or 60 hours with overtime), nor should they be made to work for more than nine hours in one day.

Ralph Lauren’s 2020 Global Citizenship and sustainability report says the company is “committed to conducting our global operations ethically with respect for the dignity of all people who make our products”. The report also includes a pledge to ensure employees “must not be made to work excessive working hours” and says there should be no “verbal harassment, coercion, punishment or abuse”.

The three brands are all members of the Ethical Trading Initiative (ETI), and have signed up to its base code which includes a pledge to ensure working hours are not excessive, overtime is voluntary and that workers are not subject to verbal abuse.

In a statement, Ralph Lauren said it was deeply concerned by the allegations put to the company by the BBC and would investigate.

“We require all of our suppliers to meet strict operating standards to ensure a safe, healthy and ethical workplace, and we conduct regular third-party audits at all factories,” the company said.

The factory supplying the fashion brand denied the staff members’ allegations and said it was compliant with the law.

The three supermarket brands all said they were shocked to hear the reports and were working together to ensure the issues were remedied, in particular on excessive working hours.

Tesco said: “We don’t tolerate any abuse of workers’ rights and fully investigated these allegations as soon as we were made aware. We were deeply troubled with what we found.”

Marks and Spencer said it “undertook an immediate unannounced audit” in the wake of the claims, the company said it “identified overtime working practices that are not acceptable”, but disputed worker accounts about access to toilet breaks and water.

The company also said it had a “robust” plan in place and would be “undertaking regular unannounced audits to ensure its implementation”.

These kinds of brands do not own or operate factories in India, which creates distance between them and working conditions there, but one owner of a clothing supplier – who did not want to be named – told the BBC that if brands push for cheaper clothes it can leave suppliers with no choice but to cut corners to meet orders.

“It’s the brand who wants to maximize the profit. So, they push you to a level wherein you have to do the exploitation in order to survive,” he said.

The owner, who used to supply a major UK brand not mentioned in this story, described some factory audit processes as a “sham”.

“The factory is aware when the auditors are coming, so they keep everything in perfect condition before,” he said. “The moment the audit is over, everything goes back to normal, which means exploitation and non compliance.”

He said that poor checks and balances, combined with a lack of responsibility by the brands, makes it hard to stamp out that exploitation.

And as profits are squeezed, women often find themselves losing out. Payslips seen by the BBC show women working in garment factories can earn as little as £2.50 per day, making items which, in some cases, sell for hundreds of pounds.

All of the workers who spoke to the BBC described living in impoverished conditions and said they struggled to survive on their salaries.

One woman working at the Ralph Lauren supplier said she supported her entire family on a wage of around 6,000 rs (£61 per month), after deductions.

Still in her late teens, she became the breadwinner after her father died and now provides for her mother and two sisters.

Her salary is within the local legal minimum wage bracket for her job, but labour rights organisations say women like her should be earning more than three times as much.

The Asia Floor Wage Alliance organisation which advocates for higher salaries for garment workers in the region, has set a monthly living wage in India of at least 18,727 rs (£190).

Tesco, Sainsbury’s and Marks and Spencer have previously made commitments to a living wage. Ralph Lauren has not done so explicitly.

But according to payslips seen by the BBC, neither of the factories we investigated appeared to be paying their workers anything close to the Asia Floor Wage Alliance recommended minimum amount.

We asked all four brands to comment on the living wage but none of them responded on the specific issue.

Anna Bryher, from the advocacy group Labour behind the Label, said it was the responsibility of brands to ensure fair and safe working conditions.

“If you’re a brand and you’re making clothing in different countries around the world then you need to look at whether you’re paying your workers enough to live with dignity,” she said.

“It’s your responsibility as the company at the top of the supply chain to know what is happening in your supply chain and to make sure that it’s fair.”

Local labour laws were not doing enough to address exploitation, the push for change needs to come from the brands themselves,” argues Vivek Soundararajan, a senior lecturer at Bath University who researches global supply chains.

“I think the brand should take the full responsibility … They may not run the factory, but they get all the benefits.”