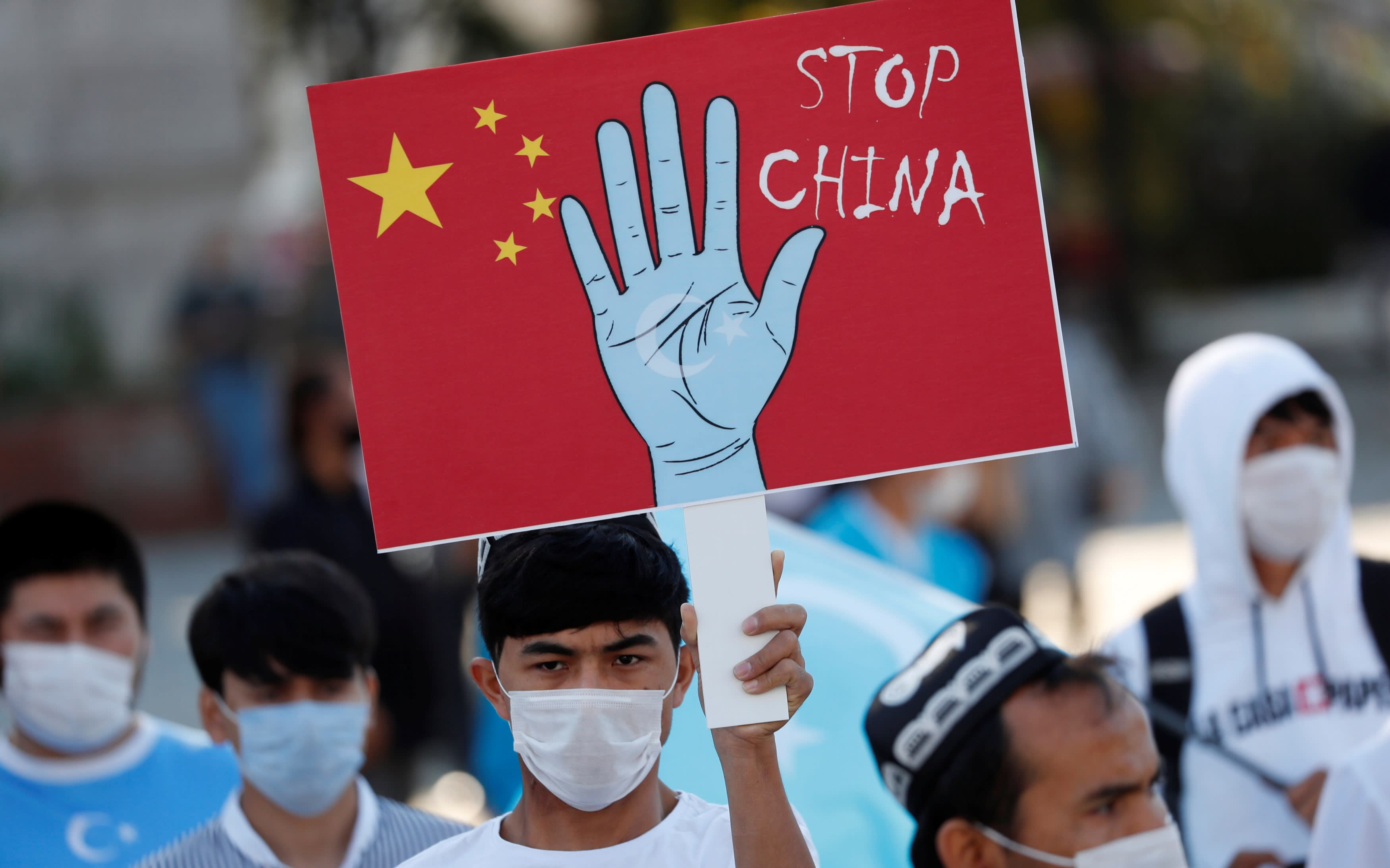 As China faces growing criticism for its treatment of Uighur Muslims, Japan has begun weighing a legal foundation for sanctions like those imposed by the U.S. and Europe, with implications for Japanese companies that might be unknowingly contributing to the problem.

Eleven Japanese companies were among the 82 well-known global brands named in a report in March by the Australian Global Policy Institute as those relying on factories that use forced Uighur laborers.

The report indicated that more than 80,000 Uighur workers were transferred out of the Xinjiang region, where China’s Uighur population is concentrated, to around 30 factories across the country.

“We do not have any business relationships with” the factories Uniqlo was linked to in the report, Fast Retailing asserted in a statement. Sharp has said it “disapproves of any forms of human rights violations” and would take action to curb any such abuses found at its suppliers, including cutting ties.

There has been a growing push, particularly in Western countries, to closely watch for human rights abuses in Xinjiang.

As awareness of the issue grows, the Japanese government has been fielding questions from domestic companies that operate in China about Tokyo’s official policy and whether doing business in Xinjiang could run afoul of it.

The U.S. in June passed the Uighur Human Rights Policy Act, which opens the door to sanctions against Chinese authorities involved in Uighur repression. Four people, including senior Xinjiang officials, and one organization had their assets frozen in July under this legislation.

The legal basis for the law stems from the Magnitsky Act, which the U.S. passed in 2012 to impose sanctions on corrupt Russian officials. The legislation is named after Sergei Magnitsky, a Russian lawyer who was arrested after investigating the fraud, and who later died in a Moscow prison.