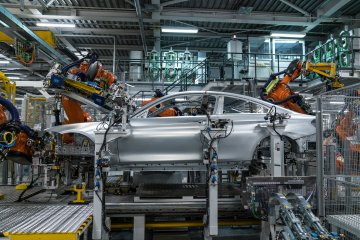 The BMW class action lawsuit charges BMW, BMW (US) Holding Corp. (“BMW US”) and certain of their officers with violations of the Securities Exchange Act of 1934. BMW, together with its subsidiaries, develops, manufactures, and sells automobiles and motorcycles and spare parts and accessories worldwide.

The BMW class action lawsuit alleges that throughout the Class Period defendants made false and/or misleading statements and/or failed to disclose that: (1) BMW kept a “bank” of retail vehicle sales that it used to meet internal monthly sales targets regardless of when the sales actually occurred; (2) BMW artificially manipulated sales figures by having dealers register cars as sold when the cars were still in inventory; and (3) BMW’s key operating metrics were inaccurate and misleading due to the foregoing facts. When the true details entered the market, the lawsuit claims that investors suffered damages.

On December 23, 2019, The Wall Street Journal reported that the U.S. Securities and Exchange Commission (“SEC”) was probing BMW’s sales practices, and stated, among other things, that: “The [SEC] is looking into whether the Munich-based auto maker engaged in a practice known as sales punching in the U.S., the people said. Sale punching occurs when a company boosts sales figures by having dealers register cars as sold when the vehicles actually are still standing on car lots.” On this news, the price of BMW’s American Depositary Receipts declined, damaging investors.

Then, on September 24, 2020, the SEC announced a settlement agreement with BMW regarding the investigation. According to the SEC’s order, from January 2015 to March 2017, BMW US “used its demonstrator and service loaner programs to boost reported retail sales volume and meet internal targets, resulting in demonstrator and loaner vehicles accounting for over one quarter of BMW [US]’s reported retail sales in this period.” On this news, the price of BMW’s American Depositary Receipts declined, further damaging investors.

Enel CEO skeptical over the use of carbon capture

Over 100 fashion brands including Adidas and Nike tied to deforestation

Patagonia is boycotting Facebook, urges other companies to do the same

Report: Oil companies in Canada among the worst. Will accelerate the climate crisis