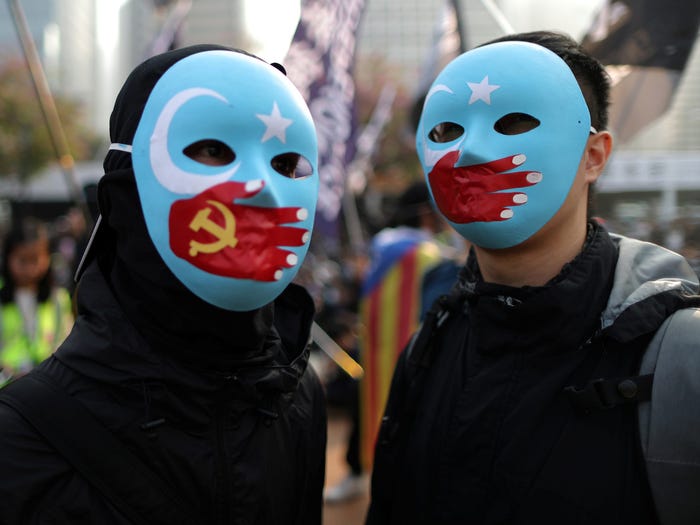 Nike, Coca-Cola, and Apple were among the companies that lobbied to weaken a bill aimed at banning US firms from relying on Chinese forced labor, The New York Times reported Sunday.

HSBC, American Apparel, and several industry groups also lobbied on the bill, which would ban many goods imported from Xinjiang unless companies prove they weren’t made with forced labor.

The Uyghur Forced Labor Prevention Act, as it’s called, passed the House in September by a 406-3 margin, and according to The New York Times, has the support needed to pass the Senate.

Various reports have linked Nike, Coca-Cola, Apple, and other major US companies to suppliers in the region, where China has been accused of detaining and violating the rights of as many as one million Uighurs and other Muslim minorities.

Nike, Coca-Cola, and Apple all sought to weaken proposed legislation aimed at barring US companies from relying on the forced labor of Uighurs and other Muslim minorities in China’s Xinjiang region, The New York Times reported Sunday.

The Uyghur Forced Labor Prevention Act would ban US companies from importing a wide range of goods made in Xinjiang, where China has been accused of mass human rights violations unless companies can prove that the goods weren’t made using forced labor.

The bill passed the House in September by a margin of 406 to 3, and aides told The Times that it has enough support to pass the Senate.

Other companies and trade groups, including HSBC, American Apparel, the National Retail Federation, and the US Chamber of Commerce also lobbied on the bill, according to lobbying disclosure forms.

None of the above organizations responded to a request for comment on this story.

Apple took issue with the claim that it tried to water down the bill in a statement to The Times.

Nike’s global communications director, Greg Rossiter, told The Times that the company “did not lobby against” the bill but rather had “constructive discussions” with congressional staffers.