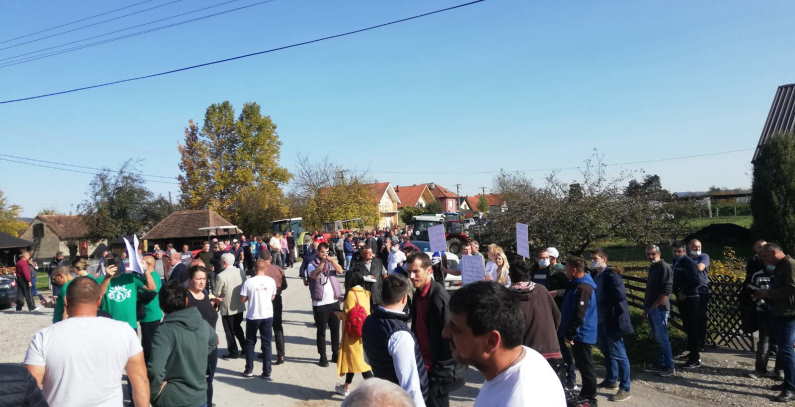 When the state has no control over the implementation of its own environmental protection laws, and investors are denying access to information about their projects or operations, then citizens – in this case Serbian citizens – are forced to take matters into their own hands and protect water, land, and air. This is precisely what is happening with the announced mining of jadarite, a lithium ore, in which global mining giant

Due to the nature of their business, mining companies around the world are under constant public scrutiny. In September, Thinking Humanity reported that Rio Tinto had destroyed a 46,000-year-old Aboriginal site in Australia in order to expand an iron ore mine.

According to the website, the blame not only lies with Rio Tinto itself but also the Australian government, which has once again failed to stand up for the Aboriginal community.

When Serbian citizens look to the state, they see that Prime Minister Ana Brnabić regards Rio Tinto’s activities as a way to put Serbia on the world map, and its plans as something that could change the entire country, and for the better, in her view. The Serbian government and Rio Tinto have signed a memorandum of understanding, and they are now jointly looking for a partner who would open a factory to manufacture electric batteries or electric cars.

could invest USD 1.5 billion. Is the state’s role to defend the investor at all costs or to protect its citizens? In recent days, this has been one of the most important questions in Serbia.

In the absence of answers about the proportions of the damage that jadarite mining could cause and what technologies will be applied, as well as whether they will have to leave their homes and why their agricultural land has been reclassified as construction land, residents of the Loznica area had no other choice but to band together in order to protect themselves.

They claim that the future jadarite mine, which will span some 500 hectares, will cause serious damage, not only to the areas around Krupanj, Loznica, and Valjevo, but to the entire country, because water and soil will be contaminated.

Locals claim that the mine will contaminate water and soil, while the prime minister insists it will revive the entire country

On the other hand, after years of silence, the British-Australian company, which has been exploring the jadarite deposit in Serbia for over 16 years now, and whose current market capitalization is USD 73 billion, says it will protect the environment as well as the local population.

The government is ignoring the questions about the Jadar project, but its representatives, including Prime Minister Ana Brnabić, are repeating over and over that this investment is an opportunity for Serbia’s economic revival and that the global demand for lithium is growing due to its use in batteries for electric and hybrid automobiles, which are the future of transportation.

What is the price of this revival in terms of environmental degradation? Nobody has answered this question yet.