British American Tobacco and Imperial Brands profited from child labour, exploitation and dangerous conditions on tobacco farms in Malawi, according to a legal claim launched after a Guardian investigation.

The British firms, which reported combined earnings of £12.5bn last year, should compensate 7,020 children and adults who work in their supply chain, according to documents filed at the high court by the law firm Leigh Day.

The claim alleges “widespread use of unlawful child labour, unlawful forced labour and the systematic exposure of vulnerable and impoverished adults and children to extremely hazardous working conditions with minimal protection against industrial accidents, injuries and diseases”.

Leigh Day said the tobacco industry was structured to give the multinational cigarette companies the appearance of separation from working conditions in the tobacco fields.

Leigh Day said the tobacco industry was structured to give the multinational cigarette companies the appearance of separation from working conditions in the tobacco fields.

Firms such as BAT and Imperial typically buy the leaves via third-party dealers, who in turn source them from contract farmers.

But the two companies were aware of the conditions faced by farmers in Malawi, including children, according to the claim, and had previously indicated they exert a high degree of control over conditions in their supply chains.

The claim was triggered by a 2018 Guardian investigation, which found that tobacco farmers were exposed to nicotine poisoning, toxic pesticides and harsh weather conditions during labour-intensive shifts in areas where up to 63% of children were engaged in child labour. 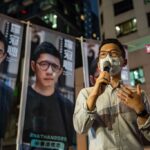