California Attorney General Xavier Becerra wants to join the antitrust lawsuit against Alphabet Inc.’s Google filed by the Justice Department and a group of states.

Becerra’s office filed court papers Friday seeking a judge’s approval to be added to the case as a plaintiff. California would be the first state led by a Democratic attorney general to join the case.

“We’re moving to join a lawsuit against @Google for violating federal antitrust laws,” Becerra said on Twitter. “By using exclusionary business agreements to dominate the market, Google has stifled competition and rigged the advertising market.” 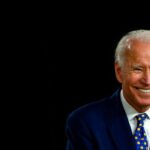