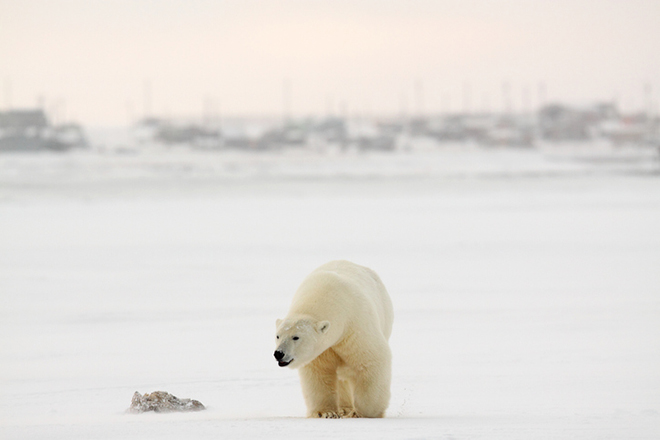 An Alaskan wildlife refuge is at the center of an escalating, highly politicized sustainability debate that has pulled in big banks, federal regulators, Congress, climate activists, the oil-and-gas industry and the local Native community.

The Office of the Comptroller of the Currency introduced a polarizing proposal that would require big banks to reverse course on lending policies introduced to combat climate change. With just three weeks to go before the comment deadline closes, the banking industry and sustainability community are locked in battle with the oil-and-gas industry and an outgoing Republican administration that has made moves to dismantle policies seen as friendly to the environmental, social and governance, or ESG, movement.

The OCC’s proposal would require banks with more than $100 billion in assets to serve all legal industries, putting an end to bank boycotts of certain sectors. It takes the antidiscrimination language that is normally used to help protected classes of individuals and applies it to protect politically sensitive industries, such as private prisons, gun manufacturers and coal.

Banks are grappling with how to approach ESG and how that intersects with safety and soundness, he said.

“This is the OCC’s reaction to banks making decisions not necessarily solely on financial metrics, but also to reputational concerns related to ESG,” Geiringer said. “Banks and other companies are embracing ESG because they see that the two concepts are becoming conjoined, that investors are looking for banks and other companies to embrace ESG. And if they don’t, that may create its own financial disincentives.”

Over the past year, all six of the largest U.S. banks committed to stop financing new oil and gas exploration in the Arctic — JPMorgan Chase & Co., Goldman Sachs Group Inc., Morgan Stanley Citigroup Inc., Wells Fargo & Co. and now Bank of America Corp. BofA made its announcement 10 days after the OCC released its proposal.

The timing of BofA’s announcement is evidence that banks are making their lending decisions based on financial risk considerations and not politics, said Liz Levy, portfolio manager at sustainable investment firm Trillium Asset Management.

“The fact that you see so many global banks coming to the same conclusion — that it’s really just not worth it from a financial perspective to fund drilling in the Arctic … shows how much of a business decision this is, in addition to the real reputational risk to the banks,” Levy said.

An S&P Global Market Intelligence analysis of GAAP filings finds that credit exposure to energy-related loans and commitments has been on the decline in recent years for most of the largest U.S. banks. JPMorgan’s exposure is up 3.8% from Sept. 30, 2016. But compared to most prior periods, including five years ago, that exposure has declined. Goldman Sachs’ exposure to oil-and-gas loans and commitments, rose 23.5% over the past four years to $12.35 billion, but the increase trailed the company’s rise in net loans, which were up 128.0% to $111.84 billion during that same period. 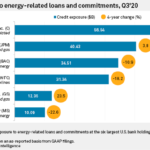