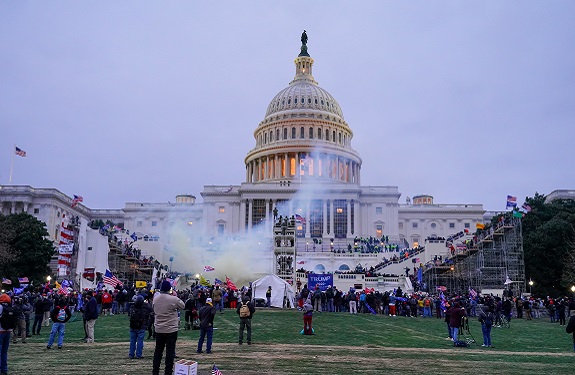 Leading US financial institutions were quick to condemn the shocking attacks on the US Capitol on Wednesday — a sign that they are willing to take positions on important social issues, in line with the industry’s eagerness to align with good environmental, social and governance standards.

For many, Wednesday was the day when president Donald Trump completed the transition from political rabble rouser to dangerous threat to democracy. But Wall Street has been aware of his intent to falsely undermine the election — and hence, confidence in US democracy — for months. Well before November he was already making unsubstantiated predictions of electoral fraud.

Thiel is enthusiastic about green energy, while Blackstone and Trian tout their ESG credentials.

No leader of a firm that professes to care about ESG can back Trump again.

ESG cannot just be a box to tick or an opportunity for virtue signalling when horrendous news compels financiers to speak. It must become part of the fabric for banks and investors.

Bold words are welcome. But Big Finance must go further, defending good governance and weeding out the bad at all times.