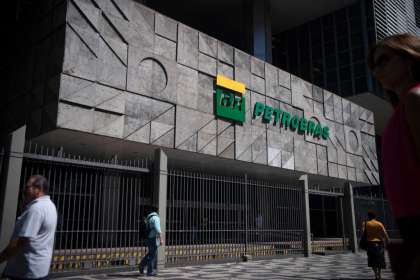 Petrobras is pledging a 25% cut in carbon emissions by 2030, but that hasn’t stopped Chief Executive Officer Roberto Castello Branco from dismissing pledges by peers to completely neutralize their carbon footprints two decades later.

“That’s like a fad, to make promises for 2050. It’s like a magical year,” the head of Brazil’s state-controlled oil giant said in an interview. “On this side of the Atlantic we have a different view of climate change.”

His stance more or less echoes those of U.S. oil giants Exxon Mobil Corp. and Chevron Corp., which have emission reduction plans but have been outspoken about their focus on crude. Shale explorer Occidental Petroleum Corp. recently became the first large American oil producer to aim for net zero emissions from everything it extracts and sells by 2050. Royal Dutch Shell Plc, BP Plc and other major European producers were the first to make similar pledges.

Even though Petrobras’s goal of a 25% cut is more modest, it still underscores the growing importance of environment, social and governance, or ESG, to investors and the general public.

Petrobras’s climate policy focuses on “tangible” steps to reduce the amount of pollution caused by extracting, transporting and refining oil, Castello Branco said. The Rio de Janeiro-based company recently set up a management team dedicated to climate change. But, much like Exxon and Chevron, it’s steering clear of renewable energy businesses where it has little expertise and is unlikely to make much money.

Brazil‘s government has come under intense criticism for not doing enough to combat record forest fires in the Amazon and encouraging settlement. When confronted with skepticism on Petrobras’s own environmental policies, Castello Branco said he responds with facts and figures, such as a 70% reduction in emissions from Petrobras’s new line of soy-based diesel.

Petrobras is also expanding at its most prolific oil fields that produce a lighter and less contaminating grade of crude than the legacy fields it’s selling off. The idea is to produce only the most profitable barrels, not the growth at all cost model seen during previous oil booms, Castello Branco said.