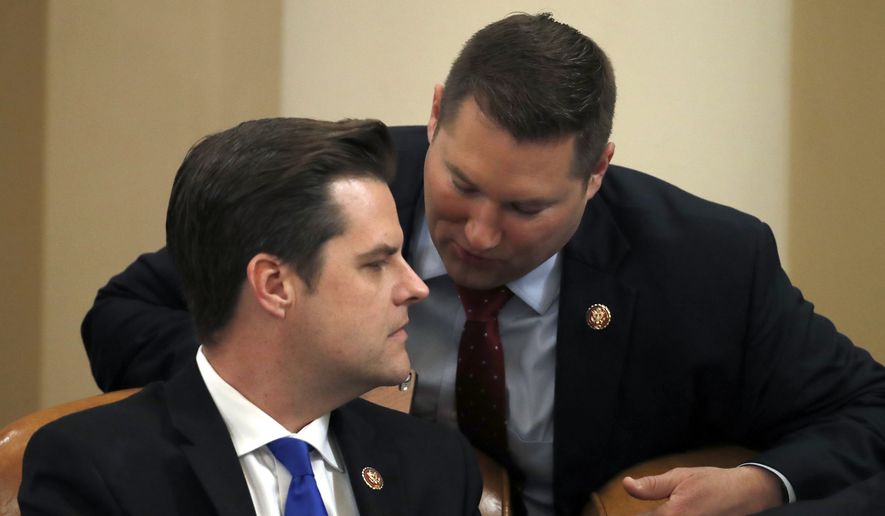 Prominent conservative activists are pressing House Republicans to back off plans to help Democrats use antitrust action to break up Big Tech.

A coalition of free-market and low-tax advocates warned that the plan threatens to give big government bureaucrats control of the internet.

Momentum is growing on both sides of the political aisle to break up the major technology firms. The experiences of conservative users on platforms such as Facebook and Twitter have given leverage to antitrust enthusiasts within Republican ranks.

The conservative activists, however, want the GOP members to change course before it is too late.

“We fear that today, both sides of the aisle are pushing for the weaponization of antitrust, either as a tool to punish corporate actors with whom they disagree or out of a presupposition that big is bad,” they wrote to House Republicans involved in the antitrust push.

“Unfortunately, the antitrust debate has begun to devolve into a litany of unrelated and often contradictory concerns, unsubstantiated and dismissive attacks, and seemingly a presumption that any market-related complaint that can be made on the internet can also be cured by the panacea of antitrust.”

Several of the Republican lawmakers — Reps. Ken Buck of Colorado, Matt Gaetz of Florida and Andy Biggs of Arizona — advocate for a “Third Way” approach on antitrust enforcement aimed at Big Tech.

Mr. Buck brushed off the warning from fellow conservatives.

“LOL, no thanks,” Mr. Buck tweeted. “I will crack down on Big Tech. #BigTechReckoning.”

A coalition of 25 conservatives wrote last month to Rep. Jim Jordan of Ohio, the ranking Republican on the House Judiciary Committee, asking him to install Mr. Buck as the top Republican on the committee’s antitrust panel.

The “Third Way” approach authored by Mr. Buck countered a 450-page report from the Judiciary Committee Democrats last year. It agreed with the Democrats’ findings but described several of their policy solutions as “non-starters for conservatives.”

The warning that the GOP plan was nearly as dangerous came from former Trump economic adviser Stephen Moore, Americans for Tax Reform’s Grover Norquist, the Committee for Justice’s Ashley Baker and 20 other activists from groups such as FreedomWorks and the Competitive Enterprise Institute.

They urged Mr. Buck, Mr. Gaetz, Mr. Biggs, and Mr. Jordan not to empower big government bureaucrats. They warned the “Third Way” approach would yield many of the same outcomes that Democrats want and “create a license for ideologically driven mischief.”

Momentum is growing on both sides of the political aisle to break up the major technology firms. The experiences of conservative users on platforms such as Facebook and Twitter have given leverage to antitrust enthusiasts within Republican ranks.