* Use of Offshore Tax Haven *

Of the total global profits of the largest German multinationals, 9 percent are accounted for by subsidiaries based in tax havens. According to estimates by the ifo Institute, 62 percent of these profits can be attributed to real economic activity, while 38 percent are the result of profit shifting to avoid taxes.

As a result, the German treasury is missing out on annual tax revenue of around EUR 1.6 billion. If the activities of smaller German multinationals and German subsidiaries of foreign multinationals are also included, this results in annual tax revenue losses of EUR 5.7 billion. While the subsidiaries of large German MNEs in high-tax countries generated profits of around EUR 41,000 per employee, the figure was around EUR 130,000 in low-tax European countries and EUR 73,000 in non-European tax havens.

These figures show a clear imbalance between the distribution of profits and the distribution of the factors of production (labor and capital). A look at the average profit-tax burden suggests that this imbalance is a consequence of tax structuring. For example, profit taxes in low-tax countries average 10 to 11 percent – just half as high as in countries outside this group. For the first time, the project used information from country-by-country reporting of the 333 largest German multinational corporations.

Published by German multinationals with global sales of at least EUR 750 million, these reports detail the countries in which they operate, the profits their subsidiaries generate there, how much tax those subsidiaries pay, how many people they employ, and the value of their property, plant, and equipment. 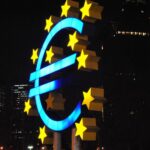 October 19, 2022
Unaccountable: How did Canada lose $30 billion to corporations?

Unaccountable: How did Canada lose $30 billion to corporations?