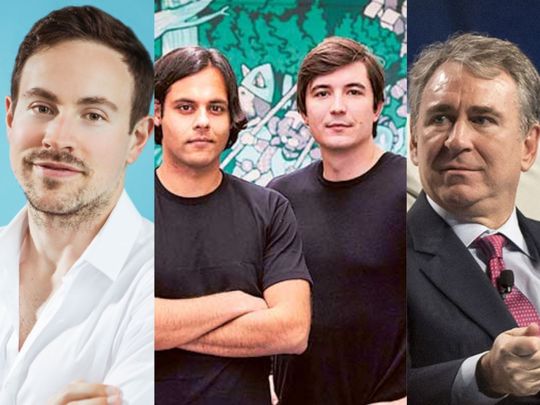 Wall Street short-sellers led by hedge funds have been fuming over the huge volatility in the share prices of a few stocks in the Robinhood-GameStop saga that will leave them poorer depending on the size of their exposure.

They are angry at a bunch of juveniles who have turned their game of high finance into a video game. Finance gurus and economists are complaining about how the new generation kids have ruined the sacrosanct price discovery mechanism of laissez-faire through app-based trading; regulators are yet to figure out how to fix it.

Every story needs a villain and a hero. Depending on which side of the narrative you stand, you could get different villains and heroes in this saga. Unfortunately, there is none. Being an absolute neutral party, I think the problem lies in the antiquated regulatory framework that governs the Wall Street and the inability of the market grandees to understand how technology can disrupt their cosy deal-making culture.

At the heart of the current crisis sits the practice of short-selling, which is legal across many markets. Short-selling occurs when an investor borrows a security, sells it on the open market, and repurchase it later for less money to pocket the difference. Short-sellers bet and profit by hammering down the price of stocks. It builds momentum in the downward spiral of share prices, hurting genuine investors while giving ample returns for short-sellers.

In August, a 34-year-old financial adviser from Massachusetts, operating under the pseudonym Roaring Kitty, posted a video on YouTube highlighting that certain hedge funds held huge short positions in GameStop (GME), with more than 100 per cent of the company’s shares sold short.

On social media platform Reddit, many members of the WallStreetBets community began to buy up GameStop and other such shares that had huge short open positions. Robinhood Markets Inc., the popular commission-free trading platform, became the favourite of short squeezers to accumulate the shares that were facing shorting pressure. Huge volumes were traded as buyers charged ahead sending short-sellers on the backfoot to cut losses.

Nothing illegal so far. The shares kept surging to dizzy heights. But Thursday morning, the game took a different turn as Robinhood (along with some other online brokerages) halted new purchases of GME and several other stocks that had become the subject of similar shorts of social media-driven booms, including AMC Theatres and BlackBerry. These shares plummeted immediately, causing huge volatility.

While there was rampant speculation that Robinhood had bent to pressure from frustrated members of the Wall Street establishment, the allegation remains unproven.

What the Reddit group did to inflate the stock of companies like GameStop, AMC Entertainment and BlackBerry simply mirrored what the hedge funds had done in conspiring to short those same stocks and drive down the prices.

While both orchestrated short-selling and short squeeze amounts to market manipulation, until the regulators step in with new sets of rules to rein in this madness, there will be no winners. On the contrary, in absolute terms, unsuspecting retail investors will incur heavy losses on momentums in either direction.

Clearly, the GameStop saga has all the makings of the start of a disruptive generational clash and a battle for control of the markets. The US Securities and Exchange Commission has rightly stepped in to prevent anarchy, but I suspect the regulator will struggle to define which group is morally right.