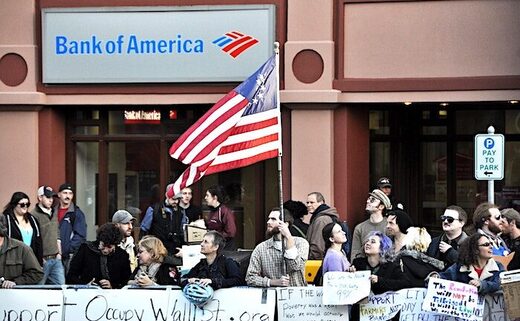 A whistleblower inside of Bank of America is preparing to come forward with documented examples that go even further than the bombshell report by Tucker Carlson on Thursday.

That report revealed that Bank of America was violating customers privacy and targeting people based on their political beliefs. Tyrant’s Curse founder Dustin Stockton and his fiancee Jennifer Lawrence are among the people targeted by one of the countries largest institutions.

Tucker Carlson reveals that Bank of America was flagging the purchasing history of its customers and sending it to the federal government in order to find out if they were involved in the Capitol riot.

The feds later interrogated a customer who was cleared of wrongdoing. pic.twitter.com/QtwNv8EaWQ

Bank of America even used designations designed for drug cartels and heads of state to make obtaining financial services from other banks next to impossible for us.

Documents show that the company was warned several times of the rampant fraud in the application on PPP loans. The whistleblower also warned Bank of America and it’s agents that company employees regularly targeted conservatives and populists unjustly.

Tyrant’s Curse has reviewed documents and conducted interviews that show the bank responded to the warning of the whistleblower with a heavy handed campaign of harassment and intimidation. Bank of America attempted to coerce our whistleblower into silence instead of trying to address the problems he has raised.