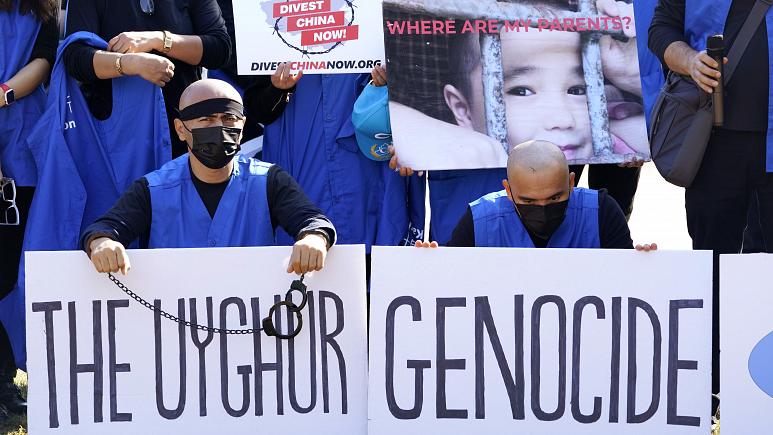 The Association of Uighurs in France filed a lawsuit against Nike this week for “deceptive business practices and complicity in the concealment of forced labour”, the group confirmed to Euronews.

The sports brand is accused of sub-contracting Chinese factories that use coercive labour schemes against members of the Uighur minority.

Nike has denied the allegations.

Human rights groups say the Muslim minority based in the western Xinjiang region of China has been subjected to imprisonment, torture, sterilisation and political indoctrination as part of an assimilation campaign.

China has denied all the charges, claiming its policies in Xinjiang aim only to promote economic and social development and tackle Islamist radicalism. It also rejects criticism of what it considers its internal affairs.

According to a 2020 report by the Australian Strategic Policy Institute, a think tank, “more than 80,000 Uighurs were transferred out of Xinjiang to work in factories across China between 2017 and 2019, and some of them were sent directly from detention camps”.

“Under conditions that strongly suggest forced labour, Uighurs are working in factories that are in the supply chains of at least 82 well-known global brands in the technology, clothing and automotive sectors,” the report read.

While the majority of the companies listed in the report have since committed to cut their ties with factories accused of using forced labour, campaigners say this has not been the case for Nike.

Nike has denied the forced labour allegations in a statement sent to Euronews on Friday.

“Nike is committed to ethical and responsible manufacturing and we uphold international labour standards,” the statement read.

The company said it did not have relationships with several of the manufacturers listed in the Australian Strategic Policy Institute report.

“Related to the Taekwang Group, when reports of the situation in XUAR [Xinjiang] began to surface in 2019 Taekwang stopped hiring new employees from the XUAR to its Qingdao facility and an independent third-party audit confirmed there are no longer any employees from XUAR at the facility.”