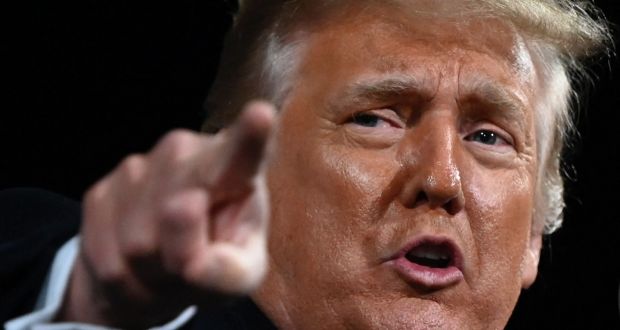 Fox News and its powerful owner, Rupert Murdoch, are facing a second major defamation suit over its coverage of the 2020 presidential election, a new front in the growing legal battle in the US over media disinformation and its consequences.

Dominion Voting Systems, an election technology company that was at the centre of a baseless pro-Trump conspiracy about rigged voting machines, filed a lawsuit on Friday that accused Fox News of advancing lies that devastated its reputation and business.

Dominion, which has requested a jury trial, is seeking at least $1.6 billion (€1.4 billion) in damages. The lawsuit comes less than two months after Smartmatic, another election tech company, filed a $2.7 billion lawsuit against Mr Murdoch’s Fox Corp and named several Fox anchors, including Maria Bartiromo and Lou Dobbs, as defendants.

In a 139-page complaint filed in Delaware superior court, Dominion’s legal team, led by the prominent defamation firm Clare Locke, portrayed Fox as an active player in spreading falsehoods that Dominion had manipulated vote counts and manipulated its machines to benefit Joe Biden in the election.

Those claims were false, but they were relentlessly pushed by former president Donald Trump’s lawyers, Rudy Giuliani and Sidney Powell, including during appearances on Fox News programmes. In January, Dominion individually sued Mr Giuliani and Ms Powell for defamation.

“The truth matters,” Dominion’s lawyers write in the complaint. “Lies have consequences. Fox sold a false story of election fraud in order to serve its own commercial purposes, severely injuring Dominion in the process. If this case does not rise to the level of defamation by a broadcaster, then nothing does.”

Fox News did not immediately respond on Friday to a request for comment.

In February, Fox Corp filed a motion to dismiss the Smartmatic lawsuit, arguing that the false claims of electoral fraud made on its channels were part of news coverage of a matter of significant public interest.

“An attempt by a sitting president to challenge the result of an election is objectively newsworthy,” Fox’s legal team wrote in the motion. – New York Times