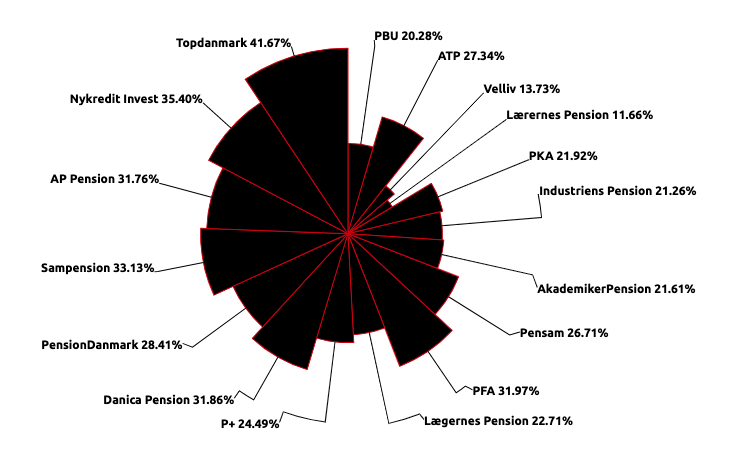 Topdanmark and Nykredit are at greatest risk of being affected by ESG-related scandals related to their stock portfolios.

Topdanmark and Nykredit are at greatest risk of being affected by ESG-related scandals from the listed companies in which they invest. This is shown by a screening conducted by Xklude.com of 17 of the largest Danish institutional investors in Denmark.

The screening is based on 31 different controversial issues, including fossil fuels and companies with aggressive tax structures in tax havens – to nuclear weapons manufacturers and vague policies for dealing with human rights violations.

All controversial issues be views at Xklude.com

Among the more controversial investments at Topdanmark the screening shows the oil companies Occidental Petroleum, Total and BP, as well as the supplier to the nuclear weapons industry Airbus.

It is to be noted that TopDanmark only has 132 equity investments due to an investment strategy that focuses on funds and bonds. Nevertheless, 42 percent, equivalent to 55 companies, are linked to controversial issues.

Nuclear weapons are illegal under the UN Treaty on the Prohibition of Nuclear Weapons, which entered into force on 22 January this year. Several NATO countries, including Denmark, have not signed the treaty.

But it has not deterred many international investors from excluding nuclear weapons manufacturers with reference to the treaty.

According to the screening of the Danish investors, the result also shows that there is general consensus to exclude manufacturers and subcontractors to the nuclear weapons industry. In general, the screening of the Danish investors shows that companies that themselves produce or supply components for the nuclear weapons industry are often excluded.

The conclusion is not unambiguous, as investors interpret the companies differently according to scope and context.

Lærernes Pension, Velliv and PBU with the least risk of controversy

The proportion of companies linked to one or more controversial issues does not reveal anything about the degree of controversy – including whether, for example, it is more controversial to pursue aggressive tax policies than to produce nuclear weapons. 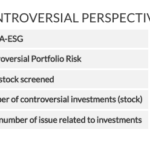