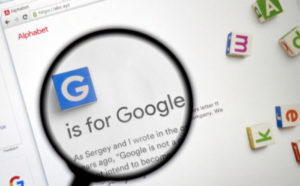 According the media Board Agenda, Alphabet, the parent company of Google, is under pressure to improve whistleblowing procedures in a move that heightens publicity around the ethics of artificial intelligence and the treatment of workers.

The tech giant is in the crosshairs of Trillium, an ethical investment house, which has filed a shareholder resolution with regulators calling on Alphabet to trigger an independent review of its whistleblowing policies. Trillium also says a report should be made publicly available after the review is finished.

Trillium says in its filing with the Securities and Exchange Commission (SEC) that Alphabet “may face business risks related to employee morale and user trust related to insufficient protection for employees voicing ethical and human rights concerns”.

The resolution follows a string of incidents related to Alphabet’s treatment of staff, including allegations by the US National Labor Relations Board that it “illegally fired” employees over moves to organise workers, and controversy over the departure of Dr Timnit Gebru in December last year who was the joint head of Google’s ethical artificial intelligence team. Gebru’s exit prompted headlines around the world.

While the resolution will make for uncomfortable reading at Google and Alphabet headquarters, the move highlights a growing concern with whistleblowing around the world and the ethics of AI.

Ethics concerns have grown as AI systems have become increasingly widespread inside large corporations and take on more decision-making.

A survey by Board Agenda earlier this year revealed that two-thirds of companies intend to push ahead with implementation of AI systems in the next year despite a lack of skills and knowledge in boardrooms.

In the UK whistleblowing hit the headlines recently following the launch of a hotline for Amazon workers by the Unite union.

The Financial Conduct Authority recently issued new materials intended to make it easier for individuals to report wrongdoing in banks. Mark Steward, executive director of enforcement and market oversight at the FCA said: “We want all whistleblowers to feel welcomed by us and to feel safe because of us.”

Elsewhere, the European Union states are in the process of implementing a new whistleblowing directive even as concerns grow about the possibility that the pandemic may have caused an upsurge in corruption as governments rushed to procure essential health supplies.

There is concern too in legal quarters. Last month a report from the International Bar Association and the Government Accountability Project concluded: “Too many whistleblower laws have proven to be ineffective in practice. While they exist on paper, they are not being used—whistleblowers are either opting for alternative channels or remaining silent. In other nations, when used more frequently, the results too often rubber-stamp whatever retaliation is challenged.”

A recent study by academics at the Max Planck Institute concluded whistleblowers need the same legal protections whether reporting internally to bosses or externally to regulatory authorities.

The example of Alphabet is a reminder that investors are watching corporate treatment of employees. In a post-pandemic age when care for employees is an acknowledged responsibility of corporates, whistleblowing is likely to only gain in importance.

The post Ethical investor Trillium issues warning to Alphabet over whistleblowing appeared first on Board Agenda.

Board AgendaThe asset manager has filed a shareholder resolution calling for Alphabet, Google’s parent company, to review its whistleblowing policies.
The post Ethical investor Trillium issues warning to Alphabet over whistleblowing appeared first on Board Agenda.