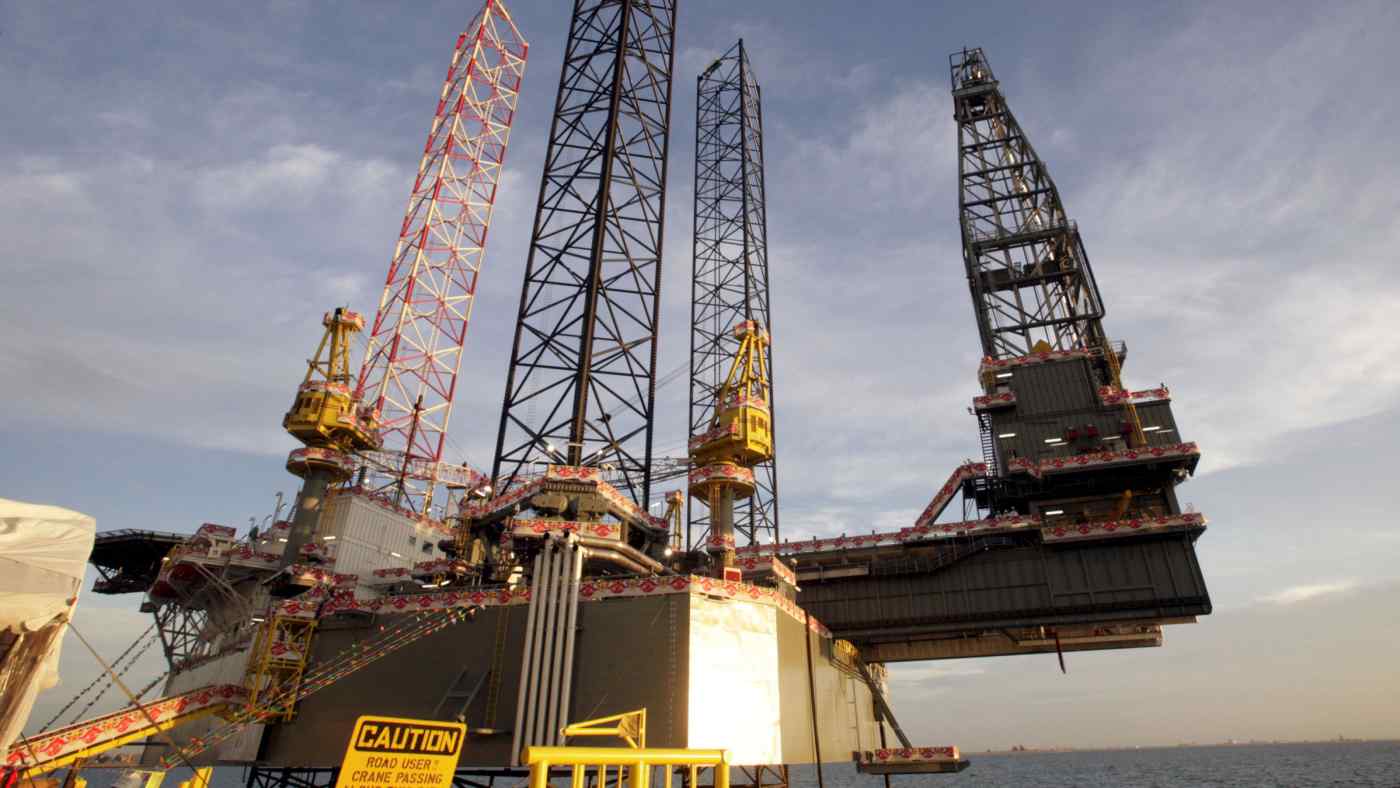 Energy multinationals have decided to halt natural gas development projects in Myanmar amid concerns that the junta is deriving foreign currency from the ventures. But France’s Total is poised to remain, arguing that the public stands to lose from electricity shortages.

Malaysian oil major Petronas announced early this month that it would indefinitely suspend production at the Yetagun gas field off the southern coast of Myanmar. It declared force majeure over “a drastic decline in production level” since January, with output “well below the technical turndown rate,” an executive said in a news release.

Petronas holds a 40.9% interest in Yetagun. Interests of 19.3% each are controlled by Thailand’s state-backed PTT Exploration and Production and by a three-way joint venture of the Japanese government, JX Nippon Oil & Gas Exploration and trading house Mitsubishi Corp.

The remaining 20.5% is owned by state-run Myanma Oil and Gas Enterprise (MOGE). 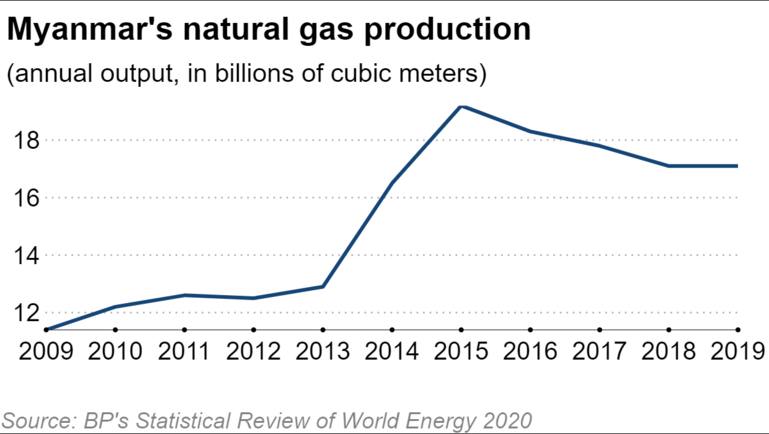 Australia’s Woodside Petroleum, which had been developing a new gas field off the coast of Myanmar, condemned human rights violations in a statement on the “deeply distressing” reports of violence against participants in peaceful protests.

“We have reduced our presence in country and full demobilization of our offshore exploration drilling team has been completed,” the company said in a news release. “Woodside does not have any producing assets in Myanmar, nor do we currently generate any revenue in Myanmar.”

Woodside finished pulling relevant staffers and machinery out of the country in March, according to its communications team.

Woodside won rights to develop a block through a partnership with Total and a Myanmar energy company. The project would have involved billions of dollars in spending.

Natural gas used to be the source of foreign currency for Myanmar’s military government that had been in power until 2011. The Committee Representing Pyidaungsu Hluttaw, a group of ousted lawmakers allied with detained civilian leader Aung San Suu Kyi, in mid-March publicized open letters urging international energy groups to cut ties MOGE.

About 80% of Myanmar’s natural gas is transported to Thailand or China via pipeline. United Nations statistics show $3.3 billion in exports last year for the category including natural gas in gaseous form — accounting for 20% of all goods exports by Myanmar.

Although natural gas’ share of exports has diminished with the rise of the textile industry, the fuel remains the country’s core source of foreign-currency revenue.

The oil and gas sector “is the single largest source of revenue flowing into the hands of this criminal enterprise,” said Thomas Andrews, the U.N. special rapporteur on human rights in the country, in a Senate Foreign Relations Committee hearing in late March. “So, I think it’s critical … that we cut it off.”

Kelley Currie, who served in the Trump administration as ambassador at large for global women’s issues, said in written testimony that Western partners of oil and gas joint ventures with MOGE “should invoke a three-month force majeure suspension of payments, and work with their governments’ financial authorities to establish an escrow mechanism to facilitate continued contractual payments.”