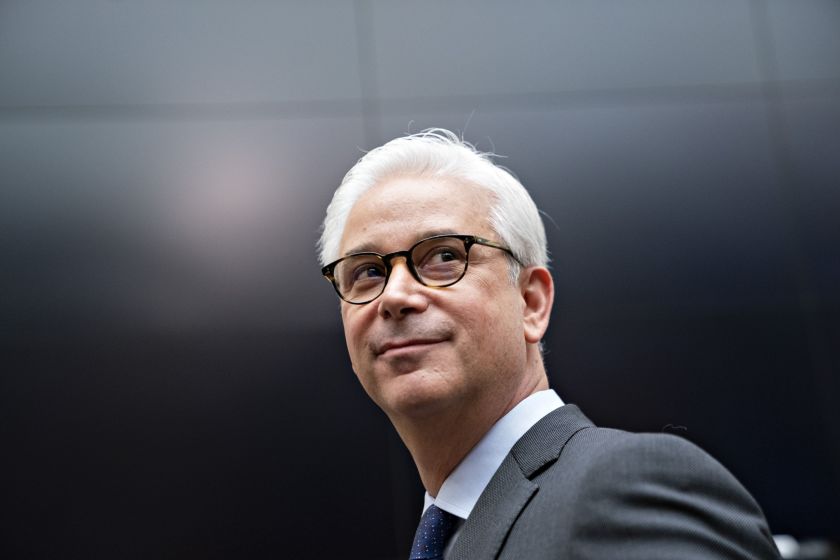 After a year in which Wells Fargo’s profits fell sharply, shareholders are expressing greater skepticism about the large compensation packages awarded to CEO Charlie Scharf and other top executives.

At the bank’s annual meeting Tuesday, a nonbinding vote on executive pay was approved by approximately 57% of shareholders, according to preliminary results. Shareholder support was down substantially from last year, when an advisory “say on pay” resolution passed with 92.5% of the vote.

Chairman Charles Noski indicated that the company’s board of directors will take into consideration the feedback it received when designing future pay packages.

“Obviously we value the feedback of our investors,” Noski said during the meeting. “We engaged in a very significant fashion with quite a number of our largest shareholders to get their perspective and understand as best we could what their concerns were. And we discussed the challenges we had in this extraordinary COVID-19 year.”

Wells Fargo’s net income was $3.3 billion in 2020, down from $19.5 billion the year before. The company attributed the weaker results partly to the substantial compliance work it has undertaken to resolve a series of regulatory problems that grew out of scandals prior to Scharf’s arrival.

Noski and the board’s 11 other members were easily re-elected, with each director garnering 94% to 98% support, according to the company’s preliminary tally. All but one director joined Wells Fargo’s board after the company’s fake-account scandal erupted in 2016.

Prior to the meeting, some environmental activists were targeting Noski, who joined the company’s board in 2019, over what they see as Wells Fargo’s insufficient efforts to combat climate change.

The activists expressed disappointment Tuesday over shareholders’ lack of opposition to Noski’s re-election. “Wells Fargo has fallen significantly behind the curve when it comes to meeting the moment on climate action, and today it falls even further,” Ben Cushing, campaign manager at the Sierra Club, said in a press release.

Shareholders also defeated a shareholder proposal to turn Wells Fargo into a public benefit corporation, a move that supporters said would enable the company to take stronger action against climate change. Only 3% of shareholders supported the proposal, according to the company’s preliminary tally.

Wells is among the big U.S. banks that have agreed to aim for net-zero greenhouse gas emissions from their financing activities by 2050. But the $1.9 trillion-asset company was not among the original signatories last week of the Net-Zero Banking Alliance, which will establish a common framework for tracking and verifying emissions, and for setting interim targets.

“Climate change is one of the most urgent environmental and social issues of our time, and we are committed to aligning our activities to support the goals of the Paris Agreement,” he said.