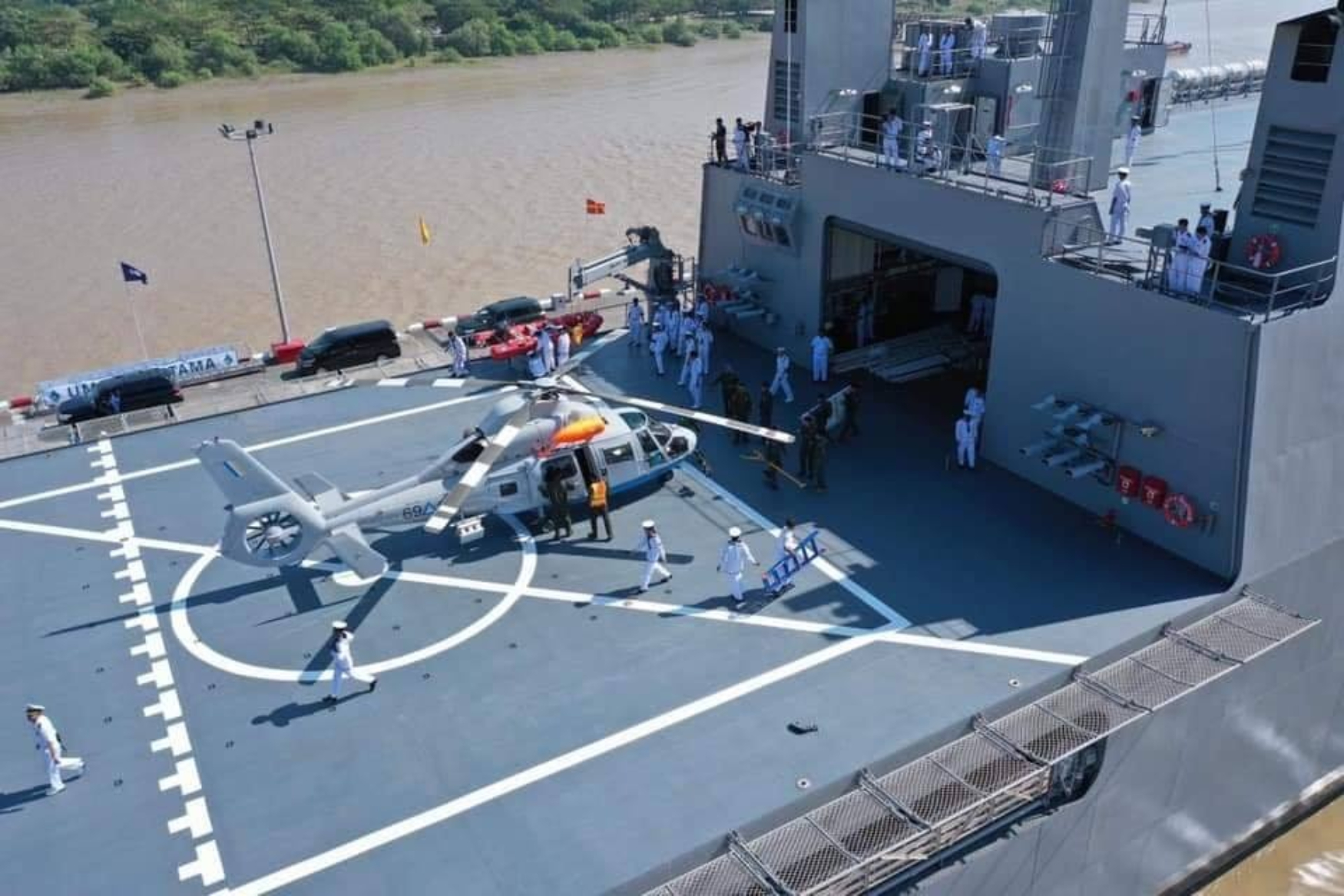 A coalition of activists from South Korea and Myanmar on Thursday filed complaints with the United Nations and Korea’s rights watchdog against five companies they say have helped fund genocide and other atrocity crimes committed by the Myanmar military.

The complaints called upon the National Human Rights Commission of Korea and the UN Working Group on Business and Human Rights to intervene to bring pressure on the companies to cut business ties with the military.

The activists also filed a complaint with the South Korea National Contact Point for the Organisation for Economic Co-operation and Development, which sets guidelines for multinational companies.

Two coalition groups – Korean Civil Society in Solidarity with the Rohingya (KCSSR) and Korean Transnational Corporations Watch (KTCW) – submitted the complaints along with activists at Justice For Myanmar.

The companies in question are all based in South Korea. They include POSCO, Pan-Pacific and the Inno Group, which all operate joint ventures with Myanmar Economic Holdings Limited (MEHL), which is owned by military units and senior members of the military.

Several businesses have defended their involvement with the military by arguing that they are following local laws.

“Enough is enough. No more business with perpetrators of genocide,”  said Kinam Kim, a spokesperson for KCSSR. “They should take appropriate measures immediately before it’s too late.”

He also urged the South Korean government to offer the five businesses assistance in ending their ties, saying the government had an obligation under international law to do so.

KCSSR is a coalition of civil society groups that aims to raise public awareness about the plight of the Rohingya inside South Korea. The KTCW monitors human rights violations committed by multinational corporations and promotes the rights of victims.

South Korean steel giant POSCO operates two joint ventures with MEHL, while Pan-Pacific operates an apparel business with MEHL and leases land in an MEHL-owned industrial zone. POSCO and Pan-Pacific are both listed on the Korea Stock Exchange.

MEHL’s dividends are distributed throughout the Myanmar military and fund its operations. Western Command and the 33rd and 99th Light Infantry Divisions, which were accused of committing the worst atrocities during the 2016 and 2017 campaigns against the Rohingya, are among those receiving the dividends, Amnesty International has said.

POSCO and LOTTE Hotels and Resorts have developed a hotel in Yangon on land leased from the Myanmar military, providing financing for the military under a build, operate and transfer agreement, according to Thursday’s statement. LOTTE is also listed on the Korea Stock Exchange.