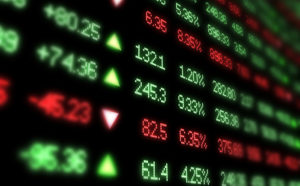 We could be forgiven for thinking that the proposed changes to the London listing rules following Lord Hill’s report were a done deal. Powerful lobbying from the London Stock Exchange and other City players may have all but pushed the measures—including the introduction of dual-class shares for premium listed companies—over the line.

The recent announcement of multi-billion pound initial public offerings for London portrayed, as miraculously saved from the clutches of markets in Amsterdam and New York, must mean the advisory fees and bragging rights from IPOs are in sight.

The government’s stated post-Brexit aim “to make the UK the most open and dynamic financial centre in the world [and] reduce burdens” is spot on.

But many remain unhappy with some of the proposed changes which cut across the further aim of  “maintaining high standards of regulation”.

How is it possible to have an equity market with dual-share classes when “equity” means “equal treatment”?

The concern relates primarily to the abandonment of the principle of equal treatment for all shareholders. The critics see this as heralding the very death of shareholder democracy. How is it possible, they ask, to have an equity market with dual-share classes when “equity” means “equal treatment”? So “dual-class equity” is an oxymoron.

Sadly, this particular boat has already sailed. Dual-class shares have already been allowed for the recent LSE standard listing IPO of loss-making The Hut Group (THG) and others have followed. Only two pages of the 200-page THG prospectus was devoted to governance. The founder and major shareholder is both executive chair and chief executive, as well as being the company’s landlord.

In addition there is an executive bonus scheme linked to share price, which could be worth several hundred million pounds and, finally, the founder has a golden share to block an early change of control.

The governance regime here is much less rigorous than the Quoted Companies Alliance Code adopted by most AIM companies. One wonders in future what incentive AIM and other boards will have to maintain governance standards if it becomes the norm for advisers and market practitioners to give in to the special pleading of founder shareholders or, worse still, encourage such behaviours?

This lack of governance accountability is bound to leak to other companies. Boards will increasingly go native. Indeed why wouldn’t they?

While strenuous efforts and seemingly elegant arguments might be made to the contrary view, without equal treatment for all shareholders corporate governance is largely unworkable.

We still experience many a governance failure in companies large and small. Even with the existing protocols, good governance—the G in ESG—is not easily achieved, so let there be no delusion that allowing dual-class shares will contribute anything to safeguarding standards; it will do the very opposite.

Right-thinking non-executive directors doing their best to encourage a good approach to governance could be left with a feeling of why are they bothering?

To be investable, a company needs to show it has good ethical values, a strong responsible culture and adopts the right behaviours. That it has a board transparent in its actions so that shareholders are not left in the dark as to what is going on with their company. This requires a board process of constructive challenge so that the board properly functions as the agent for all shareholders.

Founder shareholders holding extra voting rights or a golden share to prevent a change of control will be nigh on impossible for non-executives to challenge. Such arrangements coming to an end through a “sunset clause” miss the point.

The opportunity of the early years post-IPO governance conditioning of entrepreneur founder shareholders is lost. Shareholders lose leverage and the Stewardship Code becomes inoperable. It would be naive to expect non-executive directors will be in a position to be listened to on governance issues, let alone influence founder shareholders holding sway. The completed tick boxes of the proxy advisers become fit only for filing.

There are many reasons why a company would choose to IPO on a particular market. Valuations achieved, not just at the point of the IPO but in early and development capital stages also have a bearing. High standards of corporate governance within a balanced regulatory framework should certainly be a positive reason.

But have dual listings worked out in other markets? The roaring success of the Silicon Valley tech behemoths have produced their own ESG issues, many of which global governments are struggling to resolve.

The proposed abandonment of “one share one vote” is not widely supported and is unwelcome to the vast majority of investors. Even the CEO of recently listed Pension Bee has been quoted as putting the poor market debut for the IPO of Deliveroo down to “decisions around governance”; presumably having the dual-class shares in her sights.

Just like any contentious decision before a board, best practice corporate governance would require that these proposed changes need to be fully challenged and scrutinised. It’s not too late so to do.

Barry Gamble is an experienced private, public company and charity board director, chair of The NED City Debates, and senior adviser to the Non-Executive Directors Association.