The IEA leaves little room for doubt: no fossil fuel expansion in a net-zero pathway 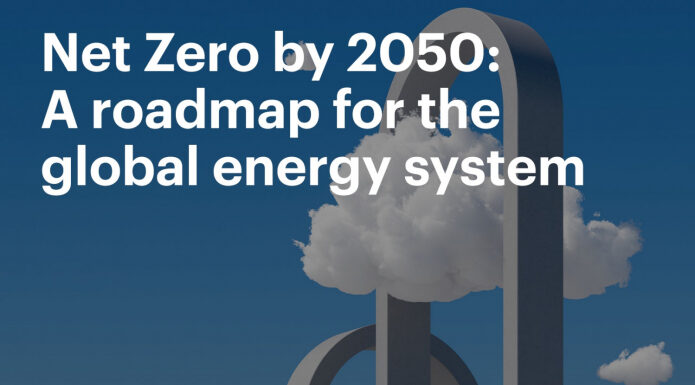 Banktrack: Today, the International Energy Agency (IEA) launched a long-awaited new report setting out for the first time an energy scenario that is aligned with the urgent goal of limiting global warming to 1.5°C. The Agency sets this out in its report, “Net Zero by 2050: A roadmap for global energy sector”, which it claims is “one of the most important and challenging undertakings in the IEA’s history”. Although not without problems, its headline conclusion is rock-solid: there can be no new fossil fuels in a net-zero by 2050 pathway. This conclusion is fully aligned with one of the core demands of the global call on banks on the new Fossil Banks No Thanks platform, launched yesterday.

The IEA is considered the go-to source for modelling detailed energy scenarios, which banks, investors and the fossil fuel industry have been using for years to plan and justify fossil fuel production and expansion. Until today one of the largest, if not the largest, shortcoming of the IEA’s energy scenarios was the lack of a scenario that is fully aligned with the goal of keeping the global temperature rise to 1.5°C. The Agency had set out a ‘case’ called Net Zero Emissions by 2050, but its modelling stopped at 2030. The other ‘full’ energy scenarios that the IEA offered, such as the Sustainable Development Scenario (SDS), were not 1.5°C aligned and allowed for decades of continued fossil fuel expansion. It was scenarios like the SDS which the energy sector and its financiers could happily use to justify their increased fossil fuel production.

That dynamic changed today with the launch of the Net Zero by 2050 Roadmap. It’s not just the first full energy scenario of the IEA that is actually 1.5°C aligned, it also concludes that “there is no need for investment in new fossil fuel supply in our net zero pathway”. Simply stated this means that aligning with the 1.5°C temperature target of the Paris Agreement means no new coal, oil or gas anywhere in the world. Civil society groups such as BankTrack and Oil Change International have been reporting this no-expansion principle for years and the principle was also adopted in the Guidelines for Paris-aligned Financial Institutions, published in September last year and endorsed by 60 civil society organisations globally.

Unfortunately, the new scenario also leaves a lot of room for improvement. For example, it relies on growth in bioenergy (i.e. growing and burning of trees) on an industrial scale, of about 65% between now and 2050, risking biodiversity loss and human rights violations and adding to food insecurity. It also assumes a 40-fold increase in carbon capture and storage (CCS) over the next nine years, which seems wildly optimistic based on the technical feasibility of these projects so far.

What does this mean for banks?

Banks’ own net-zero pledges need to be combined with this “no-expansion principle” to put them on the right path to becoming fully Paris-aligned and meeting the demands of the Fossil Banks No Thanks campaign’s Global Call on Banks. Similarly, a rock solid commitment to immediately halt all finance for fossil fuel expansion was also one of the principles that was lacking in the recently launched ‘Net-Zero Banking Alliance’ (NZBA), which should now be updated to ensure alignment with this new scenario.

2021-05-18
Previous Post: Shell’s net zero climate plans need land up to three times the size of the Netherlands for carbon offsets
Next Post: Shareholders Takes Action to Force Companies to Live up to Commitments to a Higher Purpose

Pemex Is Facing New Scrutiny After a Summer of Disasters

Report: Corporations That Paid Nothing in Taxes Spent $450 Million to Influence Public Policy

We updated the stock portfolio of PFA