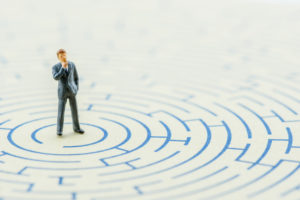 The Shareholder Commons continues to support shareholder action to address the empty promises recently made by hundreds of Business Roundtable members and others around their commitment to a corporate purpose and serving multiple stakeholders.Â This shareholder action has increasingly taken the form of proposals asking companies to become public benefit corporations (PBCs), which pursue profit while also independently accounting for social and environmental impact.

This idea of a systems-first approach to investing that better serves beneficiaries is gaining momentum and now has the support of PIRC Limited, a governance adviser that the Financial Times has called “the canary in the coalmine of corporate governance.” Votes are pending at Chevron, BlackRock, Alphabet, Facebook, Salesforce, Caterpillar, and Yelp.

“We are supporting PBC proposals because we consider that the inclusion of environmental and social objectives in the corporate purpose of corporations aligns companies, diversified shareholders and other stakeholders in a manner that a statement by the Chief Executive cannot,” saidÂ Francesco Navarrini, Head of Research at PIRC. “With a legal change, all stakeholders can see that the purpose of the corporation has truly changed. If there has been no such indication of an authentic commitment, shareholders have the right to ask if anything has meaningfully changed. In recent years, there has been an increasing number of companies in both the U.S. and other markets such as France and Italy that have changed their articles to become Public Benefit Corporations, or the local equivalent.”

In addition, proxy advisor Alliance Advisors has called The Shareholder Commons’ PBC campaign a “key theme” of the proxy season and S&P Global’s ESG Insider listed PBC proposals among its three types of “shareholder proposals to watch” this season. Shareholder proponents filing the proposals include investment managers Harrington Investments ($275M assets under management), Arjuna Capital ($300M AUM), and Change Finance ($60M AUM). Asset managers Amundi and Legal & General, with more than $3.9 trillionÂ in combinedÂ assets under management, have supported anotherÂ proposalÂ backed by The Shareholder CommonsÂ asking McDonald’s to address the limits that shareholder primacy imposes on its efforts to address antimicrobial resistance caused by antibiotics in its supply chain.

“Tech companies like Alphabet and Facebook promise to support communities, but continue to profit from hate speech and COVID-19 disinformation,” saidÂ Rick Alexander,Â CEO of The Shareholder Commons.Â “Meanwhile,Â oil major Chevron says its goal is to ‘reduce carbon,’ but only to the extent it results in ‘higher returns.’ Slowing the climate crisis cannot be contingent on better financial results.”

“Embracing a legal commitment to balance stakeholder interests independent of financial return will ultimately benefit investors, ensuring companies’ long-term commitment to stakeholders and a robust, equitable, and clean economy,” said Natasha Lamb, managing partner at Arjuna Capital and proponent of a PBC shareholder proposal at Chevron. “The majority of Chevron’s shareholders are beneficial owners with broadly diversified portfolios, who are unalterably harmed when the company follows the ‘shareholder primacy’ model, operates outside of a 1.5-degree climate model, and imposes serious environmental costs that lower economic productivity, undermine social cohesion, and detract from the returns of their broad portfolios.” 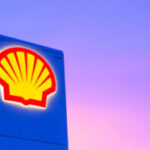