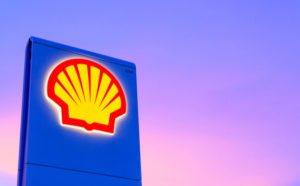 A court in the Netherlands has ruled in a landmark case that the oil giant Shell must reduce its emissions.

The Shell group is responsible for its own CO2 emissions and those of its suppliers, the verdict said.

It is the first time a company has been legally obliged to align its policies with the Paris climate accords, says Friends of the Earth (FoE).

The environmental group brought the case to court in 2019, alongside six other bodies and more than 17,000 Dutch citizens.

Though the decision only applies in the Netherlands, it could have wider effects elsewhere. BBC Netherlands correspondent Anna Holligan tweeted that it was a “precedent-setting judgement”.

A Shell spokesperson said they “fully expect to appeal today’s disappointing court decision” and added that they are stepping up efforts to cut emissions.

“Urgent action is needed on climate change, which is why we have accelerated our efforts to become a net-zero emissions energy company by 2050,” the spokesperson said, adding that Shell was investing “billions of dollars in low-carbon energy, including electric vehicle charging, hydrogen, renewables and biofuels”.

“This is really great news and a gigantic victory for the earth, our children and for all of us,” FoE director Donald Pols said in a statement. “The judge leaves no doubt about it: Shell is causing dangerous climate change and must now stop it quickly.”