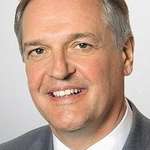 Polman, the co-founder and co-chair of IMAGINE, a global business consultancy promoting structural and institutional changes in corporate practices to affect transformative social and environmental change, is one of 42 current signatories to the Business Leaders’ Declaration Against the Death Penalty. “We are at a crucial moment in the fight to end America’s long and troubled history of using capital punishment,” he writes. “What people expect from responsible business has changed. Joining this fight is a way to make good on so many commitments to be ethical.”

In March 2021, a group of 21 global business leaders, led by Virgin Air chairman Richard Branson, launched Business Leaders Against the Death Penalty, a global business initiative against capital punishment. At the time, Branson called the death penalty “broken beyond repair and … marred by cruelty, waste, ineffectiveness, discrimination and an unacceptable risk of error.” He said that “[b]y speaking out at this crucial moment, business leaders have an opportunity to help end this inhumane and flawed practice.”

Polman was among a second set of 21 global business leaders that also included Facebook COO Sheryl Sandberg, Salesforce CEO Marc Benioff, Alan Jope, Polman’s successor as Unilever’s CEO, and Bayer CEO Werner Baumann, to add their names to the declaration in early May. “The pandemic, mass anti-racism protests, attacks on democracy, growing inequality and the continuing destruction of our planet have recast the role of responsible business,” Polman wrote. “Business leaders have spoken out on issues from de-forestation to voting laws to LGBTQ rights. Bluntly, the private sector can no longer be a silent bystander in the society it inhabits. Not if it wants to promote the stability and inclusiveness on which a strong economy and successful business depend.”

Citing a University of Washington study that found that jurors in Washington were three times more likely to recommend a death sentence for a black defendant than for a white one in a similar case, and that killers of white victims are executed at a rate 17 times greater than those whose victims are black, Polman decried capital punishment as “blatantly racist.” That 27 U.S. states “still legally authorize executions … should be intolerable in a country still reeling from the brutal murder of George Floyd,” Polman wrote.

Referring to the business leaders’ anti-death-penalty declaration, Polman said “[t]he aim here is not simply to produce well-meaning statements. Corporate activism, when it aligns with calls for reform from civil society, can and does embolden lawmakers to braver action. … Given the historic momentum on Capitol Hill,” he wrote, “the question now lands at every CEO’s door: will you stand on the sidelines, or stand together with your courageous peers for a more just and humane world?”

Just 20 Companies Are Responsible for Over Half of ‘Throwaway’ Plastic Waste, Study Says

Some Sumitomo shareholders back resolution on climate change