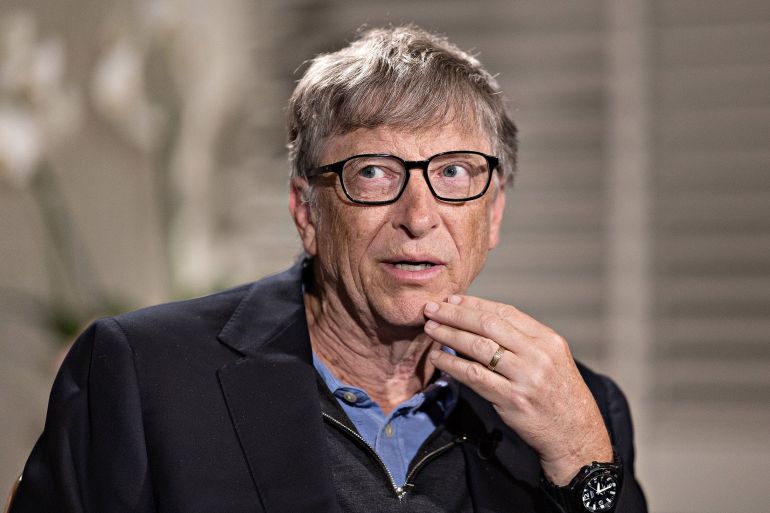 Microsoft Corp. shareholder and activist Arjuna Capital said it has introduced a resolution seeking a report on the “effectiveness of the company’s workplace sexual harassment policies” in the wake of allegations co-founder Bill Gates sought to have inappropriate relationships with employees and other claims of sexual harassment.

The group, which has pressed large companies on issues such as gender and racial pay gaps, suggested the board issue a report annually that would include the results of any probes into allegations against executives, including Gates, and the measures taken to hold workers and leadership accountable. Microsoft typically schedules its annual shareholder meeting in late November or early December.

“We urge Microsoft to independently investigate and confront these issues transparently, as sexual harassment and gender discrimination can harm shareholder value — resulting in higher turnover, lower productivity, increased absenteeism, and higher sick leave costs,” the group wrote in the resolution, according to an emailed copy of the text.

Microsoft President Brad Smith this week told Bloomberg Television that Gates, who remains an adviser to the company and meets with some employees in that capacity, would continue to play a role if that contact can be handled appropriately.

“You’ll see us continue to talk to Bill in an appropriate way on issues that matter,” Smith said.

After Gates’s announcement that he and his wife, Melinda French Gates, are divorcing, reports surfaced about potentially inappropriate conduct by the former executive toward Microsoft employees. The company has said it received a complaint in 2019, while Gates served on Microsoft’s board, that he attempted to start a romantic relationship with an employee in 2000. The Microsoft board investigated, a probe the company said wasn’t concluded because Gates stepped down as a director last year.

Smith also said that much has changed at Microsoft around issues like sexual harassment in the past two decades. “The Microsoft of 2021 is very different from the Microsoft of the year 2000,” he said.