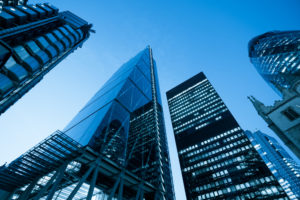 Some Sumitomo Corp shareholders, including Nordea Asset Management and Legal & General Investment Management, say they will back a resolution calling on the Japanese trading house to align its business with international targets on climate change.

The resolution will be put to shareholders at the company’s annual general meeting in Tokyo that starts at 0100 GMT on Friday (Jun 18).

Activist investors are increasingly turning their attention to Japanese companies, using resolutions that have been employed in Europe and the United States to push companies and banks away from investing in, or financing, fossil fuels like coal, which still has strong support in Japan.

The proposal “is essential for investors to correctly assess the transition risk and ambition level of the company, when it comes to addressing climate change”, Eric Christian Pedersen, head of responsible investments at Danish fund manager Nordea Asset Management, told Reuters by email.

The 2015 Paris Agreement requires countries to curb emissions enough to keep temperature rises to within 1.5-2 degrees Celsius of pre-industrial levels to avert the worst effects of climate change.

Sumitomo did not immediately respond to a request for comment. The company’s board said in May it would oppose the shareholder resolution.

Sumitomo is involved in two controversial coal power projects in Southeast Asia, the Van Phong 1 station in Vietnam and the Matarbari plant in Bangladesh, countries that have fast growing energy needs. Sumitomo recently announced it would aim for carbon neutrality by 2050.

KLP Asset Management, Norway’s largest pension fund, told Reuters by email it would also support the resolution, while Legal & General said on its website it would vote for it too.