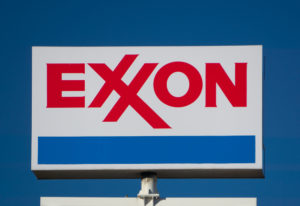 If events at Exxon last month proved anything, it is that ESG activism by hedge funds is now a force to be reckoned with for boardrooms. One academic warns there is more to come, with potentially more opportunities for the big institutional fund managers to throw their weight behind smaller more agile campaigners.

Observers from diverse sectors gasped when ExxonMobil’s board was brought up short in May by Engine No.1, an activist hedge fund. Engine No.1, which has barely 0.02% of the stock in the oil giant, persuaded other shareholders to vote for its nominee as a board director—its third success in placing people in the company’s boardroom.

This unprecedented coup made headlines around the world as it demonstrated there were now new ways to force energy giants to focus on their ESG performance.

ESG activism on the rise

One academic now says we can expect more of the same. As Anna Christie, assistant professor in law at the University of Edinburgh law school, writes on the Oxford University law blog, the Exxon experience offers a template for how companies in the future may be forced to confront climate risk.

“The dramatic success of this closely watched battle means that further ESG activism is likely to proliferate,” writes Christie. She notes that Engine No.1 benefitted from the support of the Big Three fund managers BlackRock, Vanguard and State Street; a test, she says, of their publicly stated commitment to tackle the climate crisis.

In that—the Big Three getting behind a much smaller activist—there is something novel. In another article Christie has outlined how this combination may form a new front in campaigning for better corporate policies on climate and the environment, pointing out that “ESG hedge funds have the potential to initiate firm-specific ESG activism as ‘ESG arbitrageurs’ in a manner that appeals to and mobilises the sustainable capitalism of the Big Three”.

Xklude  Just 20 Companies Are Responsible for Over Half of ‘Throwaway' Plastic Waste, Study Says

The hedge fund identifies the outlier companies; does the research; writes the public note; nominates directors; and BlackRock, Vanguard and State Street, plus others, lean in to support the change they told their investors they would seek. It is a novel and highly threatening new model facing boards.

Christie notes there are limitations. Even Engine No.1 declares itself interested in winning a return on campaign investment. It’s likely this sort of campaign will focus on companies suffering from underperformance. And that’s underpinned by the expense of such a project. Reuters reports Engine No.1 spent $30m roughing up ExxonMobil’s board with research and publicity. That’s a constraint on all but the most ardent hedge funds mixing it with multinational companies.

But the Exxon example could have other effects, says Christie. Seeing the expense and the reputation risk of fighting off an activist could cause boards to settle with them very quickly, thus avoiding the kind of attention experienced by Exxon’s managers.

Companies could also take “pre-emptive action”, says Christie. In other words, corporates could choose to get their houses in order and avoid coming to the attention of activists. That means sorting performance while at the same time cleaning up their climate act. That should make companies better long-term investment options without the need for a high-profile spat with the opportunity for weapons-grade humiliation.

Exxon is not the only example of the ESG landscape shifting for companies. Shell too recently lost out. While its emissions plan was backed by shareholders, a Dutch judge ruled it was inadequate; a victory for climate campaigners willing to use courtrooms as a means of holding companies to account.

Exxon and Shell together present a new environment for energy companies. Engine No.1’s teaming up with big fund managers represents a new model of pressure. Boards should take note.

Board AgendaAcademic argues that the Exxon/Engine No.1 case could be a template for how to make companies confront climate risk.
The post ESG activism ‘likely to proliferate’ following ExxonMobil vote appeared first on Board Agenda.

2021-07-13
Previous Post: Just 20 Companies Are Responsible for Over Half of ‘Throwaway’ Plastic Waste, Study Says
Next Post: BlackRock voting report reveals focus on independence and diversity