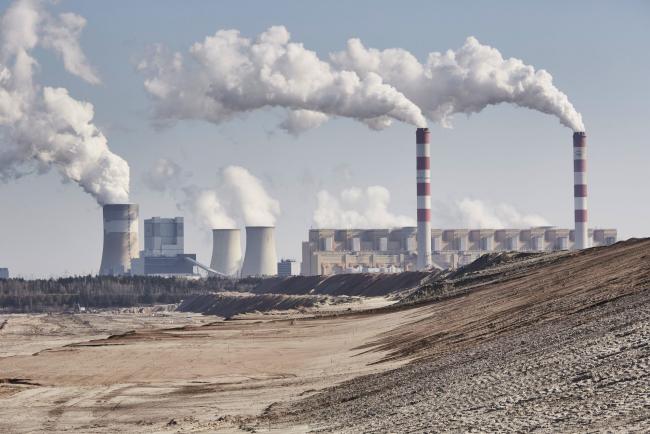 The response from fossil fuel companies to the long-awaited United Nations-backed report on climate change is exposing deep-seated divisions within the industry on how to deal with the global threat.

The publication of the scientific assessment on Monday gives a stark account of the challenges posed by rising temperatures. It calls for dramatic measures to curtail greenhouse gas emissions in order to limit warming to 1.5 degrees Celsius over the next two decades.

Most oil, gas and coal producers, and the power companies that burn the fuels, have remained silent. Responses from those choosing to raise their head above the parapet range from the defensive to calling on governments to take the lead on a transition to a future of cleaner energy.

But already some patterns are starting to emerge that will be familiar to seasoned observers of the energy world. Big western European companies that have already made commitments to reducing emissions swung behind the IPCC’s message; the U.S. fossil fuel sector emphasized the concept of energy security but shied away from discussing wrenching, systemic change; and Canada’s crude industry, which produces some of the dirtiest type of oil on the planet, took the opportunity to say world demand for carbon-based fuels will still rise for decades to come.

U.S. trade groups were quick to point to previous achievements, including reductions in carbon emissions, improvements to air quality after a shift to burning more natural gas over coal, and efforts to deal with methane.

“The U.S. has already reduced emissions more than any other country in the Paris Agreement,” Anne Bradbury, chief executive officer of the American Exploration and Production Council, said in a statement.

In terms of what comes next, the powerful U.S. oil and gas lobby responded with a well-rehearsed argument that strikes a less urgent tone than its European peers: Lowering emissions must be balanced against affordability. “Meeting the world’s growing energy needs while addressing the risks of climate change is the global challenge of our time,” the American Petroleum Institute said.

The National Mining Association, which represents U.S. producers of coal as well as other minerals, said its members are “committed to being a part of the climate solution” and stressed that carbon-capture technology will be a necessary part of the global effort rein in emissions.

In recent months, the Canadian oil sands industry has sought to marshal government support for a multibillion dollar plan to capture and store carbon emissions, which it says would allow it stay in business while meeting commitments under the Paris climate accord. Like its U.S. neighbors, the Canadian oil sector responded to the IPCC report by pointing to existing efforts to curb emissions.

“We absolutely believe there is space in the global market for Canada’s oil and natural gas production,” said Tim McMillan, CEO of the Canadian Association of Petroleum Producers.

Still, there was some competitive zeal. “Many companies talk about net zero, but we are actually doing some very real and significant things,” said U.K. utility SSE (LON:SSE) Plc, which says it’s building more offshore wind capacity than anyone else.

The response among oil companies was muted. Norway’s oil and gas industry, western Europe’s largest producer, echoed the view fossil-fuel exploration will still be needed. Nevertheless, the report from the UN’s Intergovernmental Panel on Climate Change “confirms the severity of climate change,” and all countries and sectors must reduce emissions quickly, said Hildegunn T. Blindheim, climate and environment director at the Norwegian Oil & Gas Association.

Giant Japanese trading house Sumitomo Corp. pointed to existing efforts to cut carbon dioxide emissions. Sumitomo, which has investments in coal, will consider “policies and measures based on the long-term outlook on climate change and global trend of climate change mitigation.”