How to identify instances of “carbonwashing” 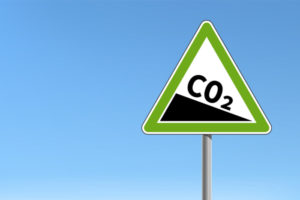 In this working paper from researchers from Stanford pay particular attention to the threat of greenwashing concerning carbon emission reductions by coining a new term, “carbonwashing.” Here are ten categories that cover the most common and material factors that could lead to carbonwashing.

Despite the increased attention and capital incentives around corporate sustainability, the development of sustainability reporting standards and monitoring systems has been progressing at a slow pace. As a result, companies have misaligned incentives to deliberately or selectively communicate information not matched with actual environmental impacts or make largely unsubstantiated promises around future ambitions.

Since carbon mitigation is the universal goal, the corporate carbon performance data supply chain is relatively more advanced than that of the entire sustainability data landscape. Nonetheless, the threat of carbonwashing persists, even far more severe than general greenwashing due to the financial values attached to corporate carbon performance. This paper contextualizes sustainable finance-related carbonwashing via an outline of the communication as well as the measurement, reporting, and verification (MRV) of carbon emission mitigation performance. Moreover, it proposes several actionable policy recommendations on how industry stakeholders and government regulators can reduce carbonwashing risks.

Here are ten categories that cover the most common and material factors that could lead to carbonwashing,

1. Disproportionate share of endogenous ex-ante decarbonization plans, which often comprises carbon data-related ex-ante announcements, including net-zero targets, carbon reduction pledges, and other forms of overly ambitious or ill-documented carbon management plans that are not met with an equal level of ambition in ex-post MRV messaging.

4. Ill-defined and obscure carbon metrics, illustrated by the use of vague, poorly defined, or methodologically opaque carbon measurement metrics.

6. Insufficient, incomplete, or inconsistent reporting, of the results of lack of material data disclosure, frequent or material data gaps, or the use of different disclosure methods, formats, or units.

7. Selective disclosure, often underpinned by the divergent reporting of material data depending on the progress expectations or reputational influence of respective data users.

8. Fragmented disclosure, which constitutes the practice of spreading out material group-level carbon data throughout several reports and other means of disclosure like websites or blogs.

Activist Tesla shareholders are proposing the removal of board members

We updated the stock portfolio of PFA (DK)