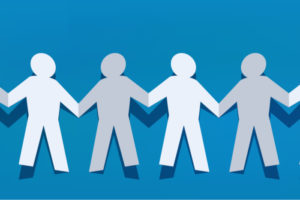 Activist Tesla shareholders are proposing the removal of board members James Murdoch and Kimbal Musk from the board, as well as demanding the company produce a new annual diversity report.

Tesla shareholders will vote on these proposals and others on Thursday at the company’s annual meeting, which will be held virtually from the company’s Gigafactory in Austin, Texas.

Other proposals on the shareholder ballot, known as a proxy statement, include cutting director terms to two years and eliminating a supermajority vote requirement to approve certain changes

Shareholders are proposing the removal of board members James Murdoch (left) and Kimbal Musk (right) from the board, citing excessive pay for non-executive board members

‘Votes AGAINST directors James Murdoch and Kimbal Musk are warranted due to concerns regarding excessive compensation to named executive officers and to non-executive directors,’ ISS wrote in a report sent to clients last month.

Murdoch was chief executive officer of 21st Century Fox and is the son of media magnate Rupert Murdoch, and Kimbal Musk is a restaurant entrepreneur and brother of Tesla CEO Elon Musk.

Both are running for re-election to the board. The board currently has nine members, but will have eight after the annual meeting because director Antonio Gracias is not running again.

ISS said shareholders should reject Murdoch because he serves on the audit and governance committees.

The governance committee failed to react appropriately to last year’s majority supported shareholder proposal and the audit committee signed off on pledging a significant amount of company stock to certain directors, raising questions about its risk oversight, ISS wrote.

Kimbal Musk does not serve on any board committees. He has been part of Tesla’s board since 2004, while Murdoch has been a member since 2017.

Tesla’s board has argued that the two directors should remain on the board, saying that both bring valuable experience to the company.

It is unclear how many of Tesla’s billion shares ISS holds, but the group does not appear in a list of the firm’s top 10 shareholders.

Meanwhile, the proxy statement also includes votes on five shareholder proposals, all of which the board recommends voting against.

One of the proposals, put forward by Calvert Research and Management, calls on Tesla to annually publish a report fully assessing the company’s diversity and inclusion efforts.

‘Tesla has not fully released meaningful information allowing investors to determine the effectiveness of its human capital management programs related to workplace diversity,’ said Calvert in the proposal.

Calvert owns 87,680 shares of Tesla’s common stock, according to the proxy statement, a small fraction of the company’s roughly one billion outstanding shares.

In a response to the proposal, Tesla’s board wrote that ‘this proposal would not serve the best interests of Tesla or our stockholders.’