Investors With $39.2 Trillion In Assets Pledge To Divest From Fossil Fuels 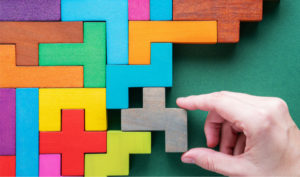 As many as 1,485 institutional investors, representing a massive $39.2 trillion of assets under management, have so far committed to at least some form of divestment from fossil fuels, DivestInvest, a global network of individuals and organizations, said in a new report on Tuesday.

Since the divestment movement started in the early 2010s, it “has grown to become a major global influence on energy policy,” DivestInvest said.

Back in 2014, investors with just $52 billion assets under management had the same pledge to shift investments away from fossil fuels.

In recent years, the growth rate of divestment pledges has accelerated, DivestInvest said, noting that the first three years of the campaign netted 181 public commitments, while the most recent three years have seen 485 new commitments.

“These numbers reflect only known, public commitments to divestment. More institutions, to say nothing of individual investors, are almost certainly divesting in numbers beyond this, as the fossil fuel sector’s dominance of the stock market has shrunk considerably,” said DivestInvest’s report.

Also in December 2020, the $226-billion New York State Common Retirement Fund said it was undertaking a review of all energy companies it is invested in, to assess their readiness for the energy transition and dump those considered riskiest in climate-related investment.

“One of the most important victories for the movement has been the financial elite’s gradual acceptance of the movement’s core financial arguments. Fossil fuels are a bad bet financially,” the authors of DivestInvest’s report wrote.

2021-10-28
Previous Post: The Net Zero Tracker added to ESG perspectives in Xklude database
Next Post: Total to start Uganda crude oil production in 2021 at the earliest

Enel CEO skeptical over the use of carbon capture

Over 100 fashion brands including Adidas and Nike tied to deforestation

Patagonia is boycotting Facebook, urges other companies to do the same

Report: Oil companies in Canada among the worst. Will accelerate the climate crisis