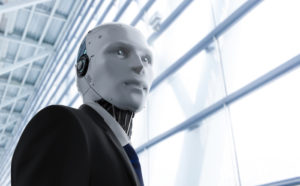 Patagonia is doubling down on its decision to stop all paid advertising on Facebook Inc. platforms, urging other companies to join the sportswear company in its boycott of the social-networking company as it faces widespread scrutiny following the release of internal documents.

Thousands of internal Facebook documents have formed the basis of a series of stories from The Wall Street Journal called “The Facebook Files.” These documents have shown that the company’s platforms are riddled with problems, such as causing body image issues in teen girls, and allowing misinformation to spread and criminal activity to take place. Facebook has said that some of the documents were taken out of context or mischaracterized.

Patagonia said it began boycotting Facebook platforms 16 months ago because of its claims that the social network spreads hate speech and misinformation about climate change and politics. Mr. Gellert said the company would continue to withhold its advertising until Facebook makes sure its products can mitigate harm.

“The internal Facebook documents released over the last few weeks have made it incredibly clear that they know the irreparable damage that their lack of accountability causes their three billion users and the corrosive effects that has on society itself,” Mr. Gellert said in his statement. “Facebook’s executives know what steps it can take to mitigate such harm–yet they have repeatedly failed to reform.”

Mr. Gellert said the clothing company’s business has been affected since it stopped paid advertising on Facebook in June 2020, but didn’t detail the financial impact. He added that his company and the environmental nonprofits that it supports have learned to adapt.

“We are smarter and savvier in how we grow our community as a result of this advertising ban,” Mr. Gellert said.

Patagonia’s statement on Twitter had more than 15,000 retweets and 110,000 likes as of Friday morning.