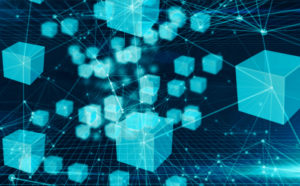 As previously reported, large pharmaceutical corporations are aggressively lobbying against amendments to the False Claims Act which strengthen the law’s capability to hold companies accountable for fraud. New reporting details that Pfizer is among the companies that has tried to block the False Claims Amendment Act of 2021 from passing.

The False Claims Act has been described by the U.S. Assistant Attorney General as “the most powerful tool the American people have to protect the government from fraud.” The qui tam provisions of the law have empowered whistleblowers to expose fraud and allowed the government to recover over $64 billion.

Like many other pharmaceutical companies, Pfizer has paid hefty fines for violations of the False Claims Act. In 2009, Pfizer “agreed to pay $2.3 billion, the largest health care fraud settlement in the history of the Department of Justice, to resolve criminal and civil liability arising from the illegal promotion of certain pharmaceutical products,” according to the DOJ. This record settlement stemmed from a lawsuit brought against Pfizer by six whistleblowers.

In recent years, the False Claims Act has been weakened by court decisions which have altered the definition of “materiality.” In short, under recent court interpretations, False Claims Act suits can be dismissed if the government continued to pay the fraudulent contract despite someone, somewhere in the government, having knowledge of the false claims submitted by the organization.

The False Claims Amendments Act was introduced by a bipartisan group of Senators led by Senator Chuck Grassley (R-IA) on July 26. The Act primarily clarifies the definition of “materiality” to ensure that corporations are still held liable for the fraud they commit. The Act is widely supported by whistleblower advocacy groups, including the National Whistleblower Center (NWC) and the Project on Government Oversight (POGO).

While whistleblower and anti-fraud advocates support the amendments, pharmaceutical companies have aggressively lobbied against the bill. According to recent reporting by The Intercept, “[m]any of the companies engaged in the lobbying fight have chosen to conceal their efforts through undisclosed third-party groups such as the U.S. Chamber of Commerce, which has made the Grassley bill one of its primary targets for defeat. The chamber does not disclose its membership or which corporations direct its advocacy, but previous reporting suggests companies such as Halliburton, Lockheed Martin, and JPMorgan Chase, among others that have faced False Claims Act violations in the past.”

The Intercept further reports that “[t]he known corporate interests lobbying on the Grassley bill include Pfizer, Amgen, AstraZeneca, Merck, and Genentech. These companies listed the legislation on lobbying disclosures. All five have paid nine-figure settlements over health care fraud brought to light through the False Claims Act.”