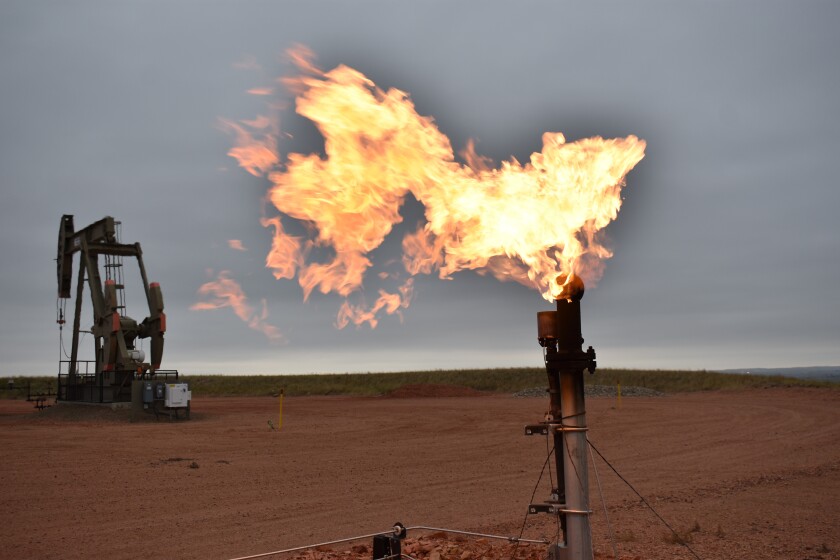 Last month, more than 500 leading academics, climate experts and university affiliates called for an end to the fossil fuel industry funding university climate research. The reason: Faced with the climate crisis, the academic community must play a leading role in developing a renewable-energy future. Brokering financial partnerships with polluters prevents universities from fulfilling that goal and conducting conflict-free research.

The movement to get large institutions to divest from fossil fuel companies has gained enormous steam. Harvard — the world’s richest university — major philanthropic organization the Ford Foundation and the European Union’s biggest pension fund, ABP, all made divestment commitments since last fall. Universities in the U.S. and the United Kingdom should build on that momentum and once again take a firm stand against oil and gas companies, which are blocking the transition to clean energy to protect their profits.

To do so, the schools should ban funding from the fossil fuel industry for research in areas where it has a clear financial stake and history of spreading misinformation: climate change as well as environmental and energy science and policy.

Despite the wealth of evidence showing that oil and gas drilling is responsible for most of the world’s destructive warming, the fossil fuel industry is ferociously fighting to keep its business model alive. It is lobbying against science-backed climate policy that would reduce the use of oil and gas; spreading misinformation, including climate science denial; and launching marketing campaigns — greenwashing — to suggest its business is based on sustainability even though it isn’t meaningfully reducing planet-warming emissions.

By funding academic research, especially around climate change, the fossil fuel industry diverts attention from these activities and their devastating consequences. University research partnerships allow these companies to misrepresent themselves as supporting the energy transition while actually doing what they can to slow it down.

Fossil fuel money also threatens academic independence. When funding comes from corporations with a fundamental conflict of interest, skewed research outcomes follow. That has been well documented in other industries including pharmaceuticals and tobacco. Common safeguards, such as having researchers self-report funding sources or having research institutions and publications publicly disclose their funding sources, often fail to mitigate the problem.

Just as with divestment, it would be up to universities to decide what form the ban on fossil fuel funding would take. At a minimum, the ban should include funding for climate change, environmental and energy policy research from the world’s top 200 publicly traded coal, oil and gas companies and their subsidiaries. It should also include companies exploring for further fossil fuel reserves and investing in new fossil fuel supply projects, which ignore the International Energy Agency’s conclusion that we need to wean off fossil fuels to reach net-zero emissions by 2050.