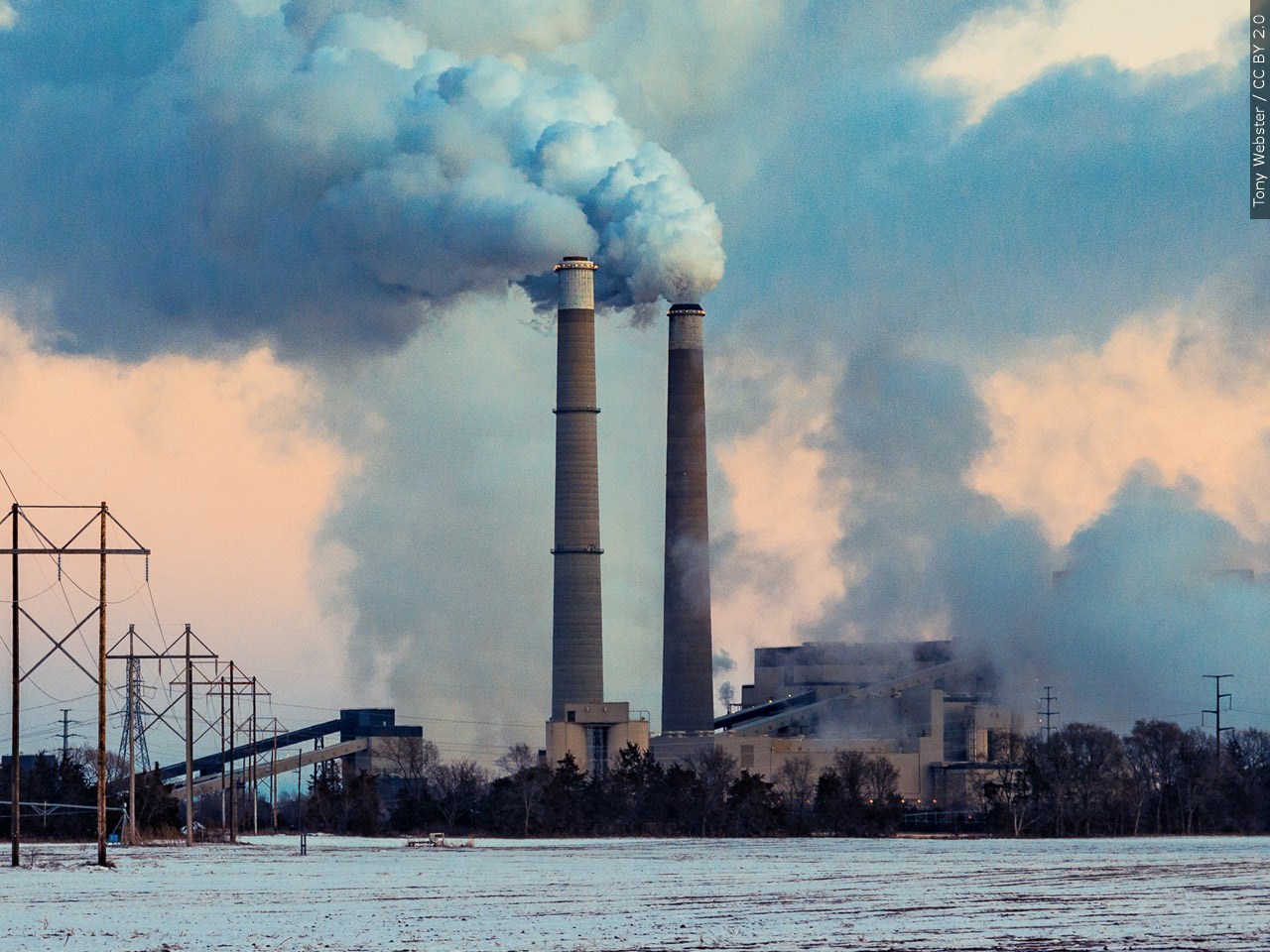 Elizabeth Yeampierre was born and raised in “environmental justice communities,” or communities that experience disproportionate environmental harms and risks. The California Environmental Justice Alliance defines those communities as “neighborhoods surrounded by freeways and industrial facilities, small towns without clean drinking water or sidewalks and excluded from public investments. Cities with (the) nation’s largest refineries, where residents living next door are exposed to more pollution than others who live miles away.”

It was when Ms. Yeampierre, who is Puerto Rican of African and Indigenous ancestry, became a civil rights lawyer that she started to get complaints by people in her neighborhood about highway expansions, lead paint and diseases such as asthma and upper respiratory infection.

“The people in the community were saying, ‘Hey, this is happening to me. They’re gonna expand the highway. I have to get up in the middle of the night to see if my kids can breathe,’” she recounted to The Final Call. “And so it was clear to me then and now that if we couldn’t breathe, we couldn’t even fight; we couldn’t fight for justice.”

Ms. Yeampierre has now been in the environmental justice field for over 25 years. She is the executive director of UPROSE, a Latino, community-based organization promoting sustainability and resiliency in Brooklyn, New York’s Sunset Park neighborhood.

Environmental justice advocates in New York have been fighting against “peaker plants,” that is, power plants that use natural gas as an energy source and are turned on when there is a high demand for electricity. The plants are known to contribute to high rates of asthma, heart disease and cancer. Ms. Yeampierre said there have been recent decisions that the plants are going to be decommissioned, but other communities across the United States may not be as fortunate when it comes to the actions of oil and gas giants. And those communities that bear the brunt just happen to be majority Black, Brown and Indigenous.

The “dirty discrimination” of oil and gas giants

The report, published by Accountable.US, a nonpartisan watchdog exposing corruption, cites a 2017 NAACP study stating, “African-Americans face a disproportionate risk of health problems from pollution caused by the oil and gas industry, and the situation could worsen as President Donald Trump dismantles environmental regulations.”

It took two days for the American Petroleum Institute, a national trade association for the oil and natural gas industry, to respond to the NAACP’s study.

“The health of African American communities is a genuine cause for concern in our country. But attacking our industry is the wrong approach and detracts from the real work that should be done to reduce disparately high rates of disease among African Americans,” published one of the institute’s scientific advisers.

“… scholarly research attributes those health disparities to other factors that have nothing to do with natural gas and oil operations—such as genetics, indoor allergens and unequal access to preventative care,” the adviser wrote.

Ms. Yeampierre expressed that it’s important for people to understand the “relationship between their poor health and the fact that they’re living in the middle of waste transfer stations, power plants and other facilities that expose them to toxicity on a daily basis.”

“Sometimes people don’t even realize, why is it that everybody in my family has asthma? They think it’s hereditary. People try to figure it out. And they don’t know, ‘Hey, I live literally a block away from a power plant, and it’s dropping tons of co-pollutants on me every single day,’” she said.

More studies and evidence have been released in recent years on the negative reality of environmental racism against Black, Brown and Indigenous communities.

A 2018 study by the Environmental Protection Agency found that “Black Americans are subjected to higher levels of air pollution than White Americans regardless of their wealth.” The researchers identified fossil fuels as the source of pollutants, and the fossil fuels coincided with lung disease, heart disease and premature death in Black people, according to the report by accountable.us.

The Guardian revealed documents in 2021 providing evidence that “the oil industry knew at least 50 years ago that air pollution from burning fossil fuels posed serious risks to human health, only to spend decades aggressively lobbying against clean air regulations.”

Analysis of data from researchers at the Political Economy Research Institute by the organization Greenpeace showed that about 56 percent of health-harming air emissions from oil refineries land hardest on people of color, and for facilities that manufacture petrochemicals, 66 percent of the local pollution is borne by Black, Brown and Indigenous people.

“They could tell you what their experience has been and how the co-pollutants, which is what we call the emissions coming out of these fossil fuel companies, land in the soil. They land in the air. They’re literally in the water. They’re literally everywhere people live, work and play, and pray,” she said. “That’s the reality for Indigenous people. That’s the reality for Black people. And it doesn’t even matter whether or not a community is a middle-class Black community because of redlining. Chances are that if you’re Black, you’re living next to these environmental burdens.”

The harmful chemicals caused by oil and gas giants are also linked to increased COVID-19 mortality. A paper by American University researchers found that counties with more industrial facilities saw higher concentrations of pollution. Those counties had a 19 percent increase in COVID-19 deaths, and policy-induced increases of pollution were associated with a 39 percent increase in COVID-19 cases.

According to the Accountable.US report, recent projects by big oil and gas companies include: a pipeline through a Black neighborhood in Memphis, Tenn., that was fought against and prevented by residents and activists; a pipeline that interfered with Native American treaty rights and was described by advisors as a “war on Black and Brown people”; and a project by ConocoPhillips, a crude oil producer, threatening the Native village of Nuiqsut in Alaska, that already endured oil and gas pollution in schools and homes.

Current refineries in Richmond and Wilmington, Calif., coincide with disproportionate cancer, asthma, and death rates. A refinery in Beaumont, Texas, “dumped hundreds of thousands of pounds of pollutants on a nearby town that is 95 percent Black.” A refinery in Port Arthur, Texas, “has worsened the health of the area’s disproportionately Black residents while taking in major tax breaks.”