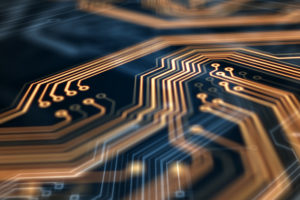 Many firms declined to announce any adjustment to their PAC contributions (particularly by boycotting Republican Objectors) in response to the Capitol insurrection. Moreover, media outlets have been calling out the hypocrisy of corporations that reneged on their PAC pledges.

The storming of the US Capitol on January 6th, 2021, shocked the nation and the world. It also led to mounting public pressure on corporations to not only denounce the event, but also to disassociate from the 147 Republican members of Congress who objected to the 2020 Electoral College counts (which we refer to as “Republican Objectors”).

Soon after the insurrection, CNN conducted a survey of the 280 Fortune companies that had made campaign contributions to Republican Objectors in 2019-2020 through their corporate political action committees (PACs). Of the 123 companies that pledged a response, 87 promised to pause all PAC donations in order to reassess their candidate selection criteria, and 36 stated they would freeze their PAC contributions to Republican Objectors.

To the best of our knowledge, there has never been such a concerted effort among large US companies to withhold PAC contributions to take a public stance on a contentious socio-political issue. Companies generally use PAC contributions to buy lobbying access to, and regulatory favors from, influential legislators.

Nonetheless, many firms declined to announce any adjustment to their PAC contributions (particularly by boycotting Republican Objectors) in response to the Capitol insurrection. Moreover, media outlets have been calling out the hypocrisy of corporations that reneged on their PAC pledges.

Why did some companies boycott Republican Objectors while others did not?

Mirroring polarized public reaction to the Capitol insurrection, we find that companies with more Democratic-leaning stakeholders – as revealed by employees’ past campaign contribution records and by the political composition of their corporate Twitter followers – were more likely to announce a freeze in PAC contributions targeting Republican objectors (36 companies). We also find that the stakeholders’ partisanship is important even after we account for companies’ past corporate PAC contribution patterns (partisan leaning, historical sensitivity to partisan swings in Congress, and past contribution amounts to Republican Objectors), reputational concerns, corporate social responsibility track records, and geographic ties to Republican Objectors. In contrast, as Figure 1 shows, stakeholder partisanship does not significantly predict whether firms would announce a pause in all giving to all parties at the federal level, which was the case for 87 companies. 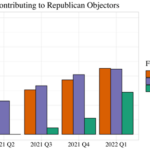 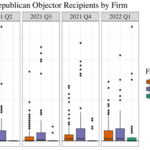 A firm’s stakeholders matter for where they give political contributions

As the public increasingly demands that companies demonstrate leadership on socio-political challenges – Black Lives Matter, LGBTQ rights, abortion access, voter disenfranchisement, etc. – the composition, and the associated behavior, of corporate stakeholders may determine which firms stay silent versus speak up, and which firms put their money where their mouths are. However, the net societal impact of stakeholder activism targeting corporate political activities is ambiguous. On the one hand, stakeholders – in our case Democratic-leaning ones – may be able to mobilize businesses to defend democratic institutions through more meaningful public statements and more durable corporate political resource commitments.

On the other hand, as stakeholders seek to transform corporate political activities into a new frontier of corporate advocacy, this may risk retaliation from politicians that have been targeted (e.g., Republican Objectors) and incite populist backlash among such politicians’ supporters. By undermining the bipartisan legislative coalitions that corporate America has meticulously cultivated through decades of PAC contributions, stakeholder activism targeting such observable dimensions of corporate influence-seeking activities could ultimately compel these activities to “go dark.”