(From CleanTechnica) For decades, environmentalists have warned that climate change endangers the planet. Now, more asset managers than ever are in agreement as they see a threat to the bottom line. The fossil fuel divestment campaign has captured global attention, with many high-profile institutional investors withdrawing investment from fossil fuels. The campaign has achieved particular traction among faith investors, local authorities, and education establishments such as US and European universities.

The climate crisis has put high emitting industries under pressure in an already disrupted business environment due to covid-19. Pressure from shareholder activists are prompting more investors than ever to reshape their portfolios.

Gofossilfree, an international network of campaigns and campaigners working toward freeing communities from fossil fuels, defines divestment as “the opposite of an investment – it simply means getting rid of stocks, bonds, or investment funds that are unethical or morally ambiguous.” They describe how divestment “takes the fossil fuel industry to task” for its culpability in the climate crisis. By naming this industry’s singularly destructive influence — and by highlighting the moral dimensions of climate change — they advocate for the fossil fuel divestment movement to help break the hold that the fossil fuel industry has on the world’s economy and governments.

They are asking institutions to:

Fossil fuel companies include those involved with the extraction of thermal coal for electricity generation, oil exploration, oil production, oil sands, and gas applications. Investment and innovation in renewable energy will help the world transition away from fossil fuels toward low carbon alternatives in order to meet the 2°C target outlined in the Paris Agreement. 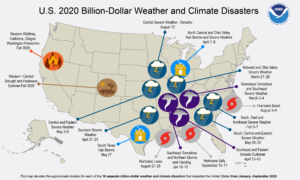 The divestment movement has had significant influence: it places constant financial and social pressure on fossil fuel companies to mitigate the climate crisis by phasing out their current business models and shifting to renewable energy. Beyond affecting bottom lines, the divestment campaign stigmatizes the fossil fuel industry by highlighting its leading role in the climate crisis, generating public support for its censure in the process.

The divestment movement focuses on investment funds like pensions or big institutions like universities and churches. Norway’s Sovereign Wealth Fund, the Episcopal Church, and the British Medical Association are some of the biggest organizations that have divested from fossil fuels. In the UK, 50% of universities have made such commitments. The Quakers, Church of Sweden, and Rockefeller Institute are 3 high-profile divesting bodies, while denominations such as the Church of England and the Methodist Church in the UK have announced they will withdraw from some thermal coal assets and from tar sands.

Leading investment firms such as Blackrock have begun to withdraw funds from companies that exacerbate the effects of climate change, too. BlackRock, the world’s largest asset manager, recently told clients that environmental sustainability will be a key factor in investment decisions going forward.

Dominion Energy, Inc. sold its gas transmission and storage assets to Berkshire Hathaway, Inc. in a near $10 billion deal including debt, and BP announced the $5 billion sale of its petrochemical business.

The New York State pension fund will divest from the riskiest oil and gas companies within 4 years and decarbonize its entire portfolio by 2040. This is significant, as it is the biggest in the world to take this type of comprehensive climate action including divestment — valued at over $500 billion.

Lloyd’s, the world’s biggest insurance market, has bowed to pressure from environmental campaigners and set a market-wide policy to stop new insurance cover for coal, oil sands, and Arctic energy projects by January 2022, according to the Guardian. Lloyd’s also intends to pull out of the fossil fuel business altogether by 2030.

In the UK, the government-backed National Employment Savings Trust (NEST) – the biggest pension fund – announced that it will start divesting from companies involved in coal mining, oil from tar sands, and Arctic drilling.