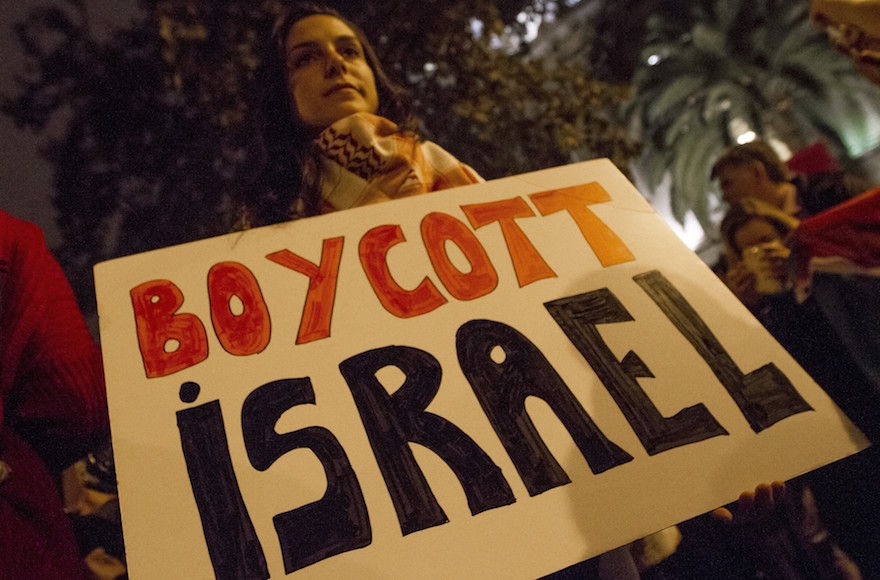 The prominent investment organization JLens has placed the Chicago-based multinational investor company Morningstar on its “Do Not Invest” list, charging that the firm supports the anti-Israel boycott, divestment and sanctions movement.

Founded in 2012 by Bay Area resident Julie Hammerman, who is now the executive director, JLens focuses a Jewish lens on investments by considering social and environmental impact in addition to financial return. The company, with headquarters in San Francisco and New York, aims to serve as a bridge between the Jewish community and the arenas of socially responsible investing and corporate social responsibility, and is the only investment firm dedicated to advocacy on behalf of Jewish communal concerns, according to its website.

JLens said: “With over $100 million in assets established by Jewish institutional investors,” it “will not own shares of Morningstar (MORN) until such time as JLens can determine the company no longer engages in nor profits from economic warfare activities against Israel. JLens does not offer an opinion as to whether the business activities of Morningstar are in violation of US anti-BDS laws.”

Illinois, where Morningstar is located, passed a robust anti-BDS law in 2015. The law permits the Illinois Investment Policy Board to bar companies from the state’s pension portfolios if the firm is found to be enabling a boycott of the Jewish state. It is unclear if the state’s investment agency plans to take punitive action against Morningstar.

Morningstar’s 2019 annual report states, “When it comes to investing, ESG is not political, it is practical.”

JLens has submitted a shareholder proposal for Morningstar’s next annual meeting in May “requesting the board prepare a report for investors on the risks associated with the economic activism against Israel in Morningstar’s business lines,” JLens said. “Hopefully Morningstar’s board will heed their own guidance and ensure that discriminatory politically biased agendas have no place in Morningstar’s services going forward.”

In 2019, the German Bundestag passed a resolution declaring BDS an antisemitic movement that resembles the Nazi boycott of Jewish businesses in Hitler’s Germany. The Austrian parliament passed a similar anti-BDS resolution in 2020.

A Morningstar representative responded to reporter inquiries, stating, “The bias claims made by JLens are grossly inaccurate and without merit. We have repeatedly explained our research methodologies and processes to JLens to no avail.”

“I am deeply disturbed by the silence of Morningstar over these serious charges,” said Rabbi Abraham Cooper, the associate dean of the Los Angeles-based Simon Wiesenthal Center. “It is almost beyond belief at a time when Arab and Israeli businesspeople have established joint business and economic ventures throughout Middle East and Africa and beyond, that any respected firm would guide its investors based on the anti-peace and anti-Israel and antisemitic BDS movement.”